India no longer a big threat to Pakistan: ex-ISI chief 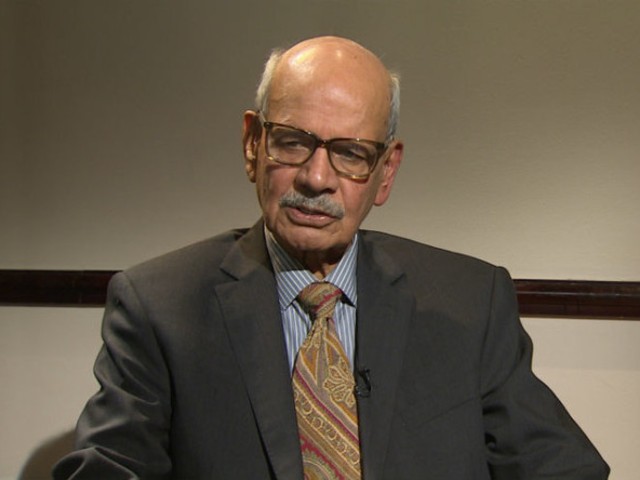 Pakistan’s former spy chief Lt Gen (retd) Asad Durrani has said that “India is no longer a big threat to Pakistan", as it has got itself entangled in a mess created by the illegal annexation of the disputed Himalayan region of Jammu and Kashmir.

The hardline Hindu nationalist government of Prime Minister Narendra Modi revoked the special status of Indian Occupied Jammu and Kashmir (IIOJK) in August 2019 – and the region remains under siege since then.

“After what India did to Kashmir [IIOJK], there is no threat to us on the eastern border. We should not lower our guard against a Balakot-like misadventure though, but they [Indian] are so caught up in their own mess that they have little time to care about Pakistan,” Durrani told BBC Urdu in an interview released on Wednesday.

Indian warplanes carried out a botched airstrike in the Balokot area of Khyber-Pakhtunkhwa (K-P) in the dead of night in February 2019. The Pakistan Air Force (PAF) retaliated in broad daylight by carrying out precision strikes deep inside IIOJK and then shot down two Indian jets that chased them into Azad Kashmir.

“India has not always been the biggest threat to us,” added Durrani, who had ruffled some feathers in 2018 by co-authoring a book, Spy Chronicles: RAW, ISI and the Illusion of Peace with Indian RAW’s former chief AS Dulat which stirred up a controversy that haunts him till this day.

Of late, his second book, Honour among Spies, brought him back into the spotlight by resurrecting the controversy set off by his first book.

“There are some areas like Balochistan where there is unrest among people who feel politically alienated and deprived. The economy is in bad shape.... The government’s credibility is bad because people believe it has been brought into power by the military.”

He believes Pakistan is facing inherent internal problems, including the most dangerous one. “If you ask me challenges from outside, I would say Iran, Saudi Arabia, and Turkey pose new challenges,” he added.

Durrani also told the BBC that military’s interference in the country’s political affairs was a reality but detrimental to the country.

He admitted in the Supreme Court in 2012 that he had distributed millions of rupees among politicians in 1990 on the instructions of the then army chief and late president Ghulam Ishaq Khan.

The money had been distributed among politicians linked to the Islami Jamhoori Ittehad (IJI) to influence the outcome of the 1990 general elections. The IJI, an alliance of rightwing parties, was created to prevent the Pakistan Peoples Party (PPP) from coming to power.

“Whether it [military’s interference] should or should not be is a debate that has not led us anywhere thus far. Our experience tells us that whenever the military intervened the political parties ostracised staged a comeback,” Durrani said. “[Field Marshal] Ayub Khan was supposed to keep Zulfikar Ali Bhutto out, but he staged a comeback and got elected. After [Gen] Ziaul Haq, Bibi [Benazir Bhutto] came to power.”

The same thing happened during the regime of Gen (retd) Pervez Musharraf. “The two parties which he thought should be kept out – PPP and PML-N – were elected to power. So, this [political] engineering is harmful [for the country],” he said.

The Pakistan Democratic Alliance (PDM), a conglomerate cobbled together by around a dozen opposition parties to challenge the incumbent political set-up, has repeatedly accused the military establishment of bolstering the “unpopular government” of Prime Minister Imran Khan.

“Imran Khan's biggest problem is the impression that he did not come to power by himself and that he came with a khaki burden. Some people don't learn from history because they say we will create our own history,” Durrani added.

The former ISI chief believes changing the status of Gilgit-Baltistan will be a blow to the Kashmir cause. “When I was looking after the affairs of Kashmir, a close friend of mine, Yusuf, explained to me that the day we made the mistake of changing Gilgit-Baltistan status, it would be a big blow to our Kashmir cause," he said.

“You may give more rights to G-B, if you want to, but it should not be forcibly made a province of Pakistan.”

He said the Balochistan problem could have been “better handled in three ways: politically, economically and socially. But we took it and made it a province and it is not being handled till date”.

Durrani said he was also opposed to the merger of erstwhile federally administered tribal areas (Fata) with K-P as the “500-year-old system there is running better than ours in some respects".

Indeed respect to the ISI cheif and his remarks on the status quo.Crital analysis provides an evident comprehension of the current affairs and gives indication of the trajectory on which the country is directed.