Model Muhammad Abbas Jafri, who is an elected MPA from Pakistan Tehreek-e-Insaf (PTI), has been served with a show-cause notice 'against violation of the party discipline'. The LSA-winner has also been suspended from the party until he makes a case for himself otherwise. 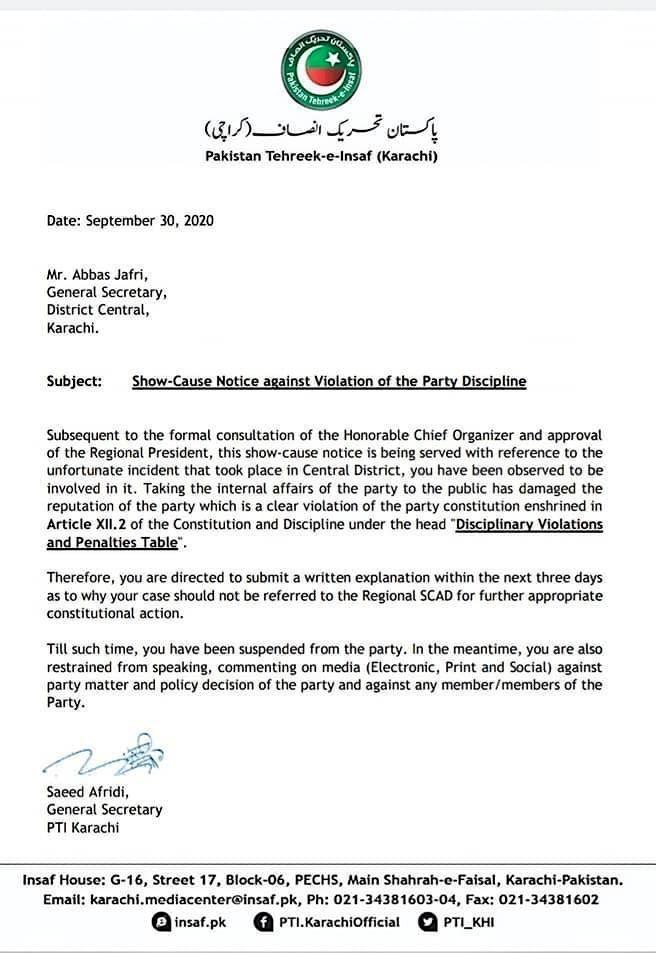 The model has been directed to submit a written response in his defense within the next three days. "You are directed to submit a written explanation within the next three days as to why your case should not be referred to the regional Standing Committee on Accountability and Discipline for further appropriate constitutional action," the notice further reads.
Additionally, Jafri has also been restricted from “speaking or commenting on media (Electronic, Print and Social) against party member and policy decision of the party.”