According to a press release, President Putin welcomed all the SCO foreign ministers during a video-link meeting in Moscow. Foreign Minister Qureshi was among the participants of the meeting, the release added. 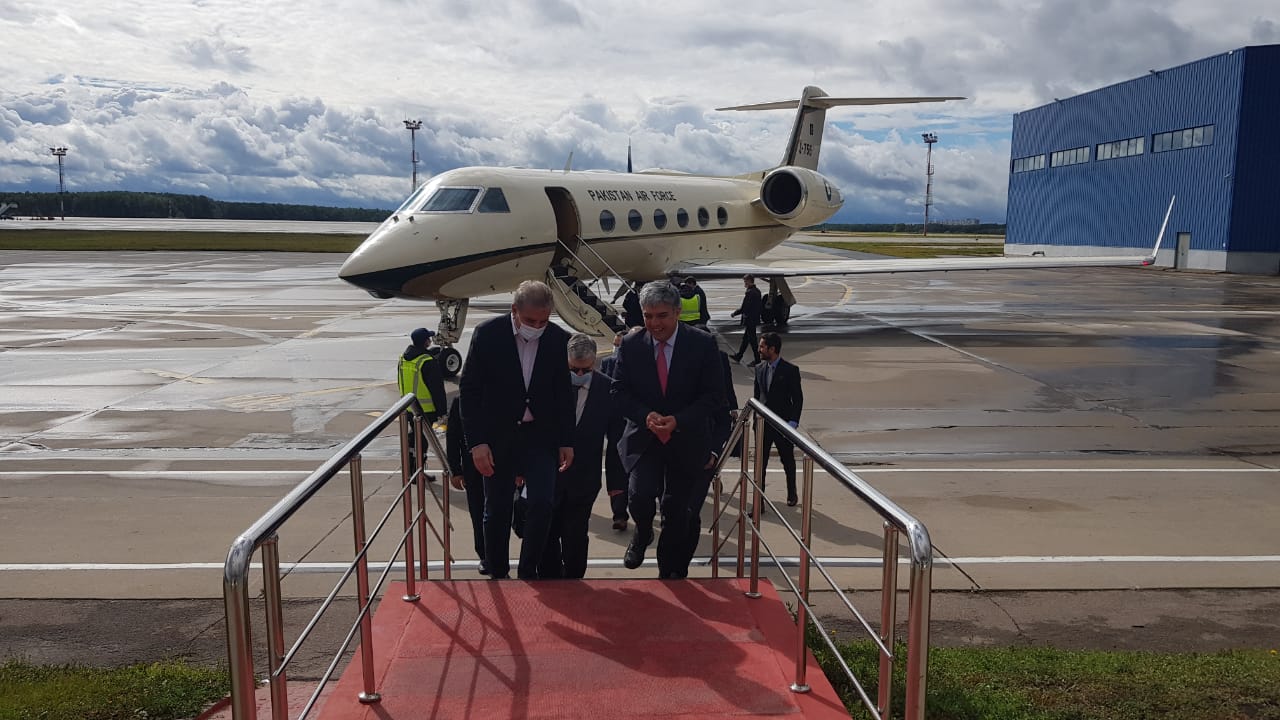 Foreign Minister Qureshi also held a meeting with his Tajik counterpart on the sidelines of the SCO-CFM and discussed with him the bilateral relations, regional situation and other important global issues.

During the meeting, both sides expressed satisfaction over the development of bilateral cooperation and reaffirmed their commitment to further strengthen it in the coming days, said a statement issued by the Foreign Office.

The statement added that both the foreign ministers resolved to focus on increasing bilateral trade, connectivity and people-to-people contacts in line with the vision of the leaderships of the two countries.

In this regard, it was agreed that the joint ministerial commission (JMC) and multiple joint working groups (JWGs) in the areas of trade, investment, transport, industry, agriculture and tourism were useful platforms to achieve the desired goals.

They exchanged views on the ongoing efforts to bring peace and stability in Afghanistan. Foreign Minister Qureshi reiterated Pakistan’s commitment to facilitate peace and reconciliation process in Afghanistan.

The two foreign ministers also shared experiences to contain Covid-19 pandemic in their countries. Both the sides agreed to continue interactions at all levels to further intensify bilateral cooperation.

Qureshi arrived in Moscow on a two-day visit to participate in the SCO-CFM. On arrival at Moscow’s Domodedovo Airport, Qureshi was welcomed by Pakistan’s Ambassador to Moscow Shafqat Ali Khan, Additional Secretary Zahoor Ahmed and senior Russian foreign ministry officials.

Besides Pakistan, the SCO’s current membership includes China, Russia, India, Kazakhstan, Kyrgyzstan, Tajikistan and Uzbekistan. Since becoming a member in 2017, Pakistan had been actively contributing in working towards achieving SCO’s multi-sectoral agenda.

Russian President Vladimir Putin welcomed all foreign ministers from members of the Shanghai Cooperation Organization (SCO) on Wednesday to a video conference meeting in Moscow, Russia. According to a press release, Pakistan's Foreign Minister Makhdoom Shah Mahmood Qureshi was among the meeting attendees. The Russian President, as the host member of the SCO Foreign Ministerial Council meeting, welcomed all participants via video link. Later, on his Twitter account, Foreign Minister Qureshi shared photos from the meeting. He posted “The pleasure of being in Moscow for SCO CFM, exploring common ground and forging unity in the face of common challenges.” “Thank you President Vladimir Putin for your speech strengthening the spirit of Shanghai. Pakistan believes the SCO is vital for creating synergies and connectivity, ”he added on Twitter.

No new taxes imposed in next year's budget: FM Qureshi

Pakistan always at forefront of all international initiatives for promoting peace: FM Qureshi