Five skincare masks to try during the monsoon season

His predecessor, Roshan Ali Sheikh was arrested by NAB a day earlier

City commissioner Iftikhar Ali Shallwani was posted as the new Sindh local government, housing and town planning secretary, according to a notification issued by the provincial chief secretary on Tuesday. Meanwhile, Muhammad Sohail Rajput replaced him as the Karachi commissioner on the day.

The shuffle came after the National Accountability Bureau (NAB) arrested the previous local government secretary, Roshan Ali Sheikh, on Monday. Sheikh was directed in the notification to report to the Sindh Services, General Administration and Coordination Department. 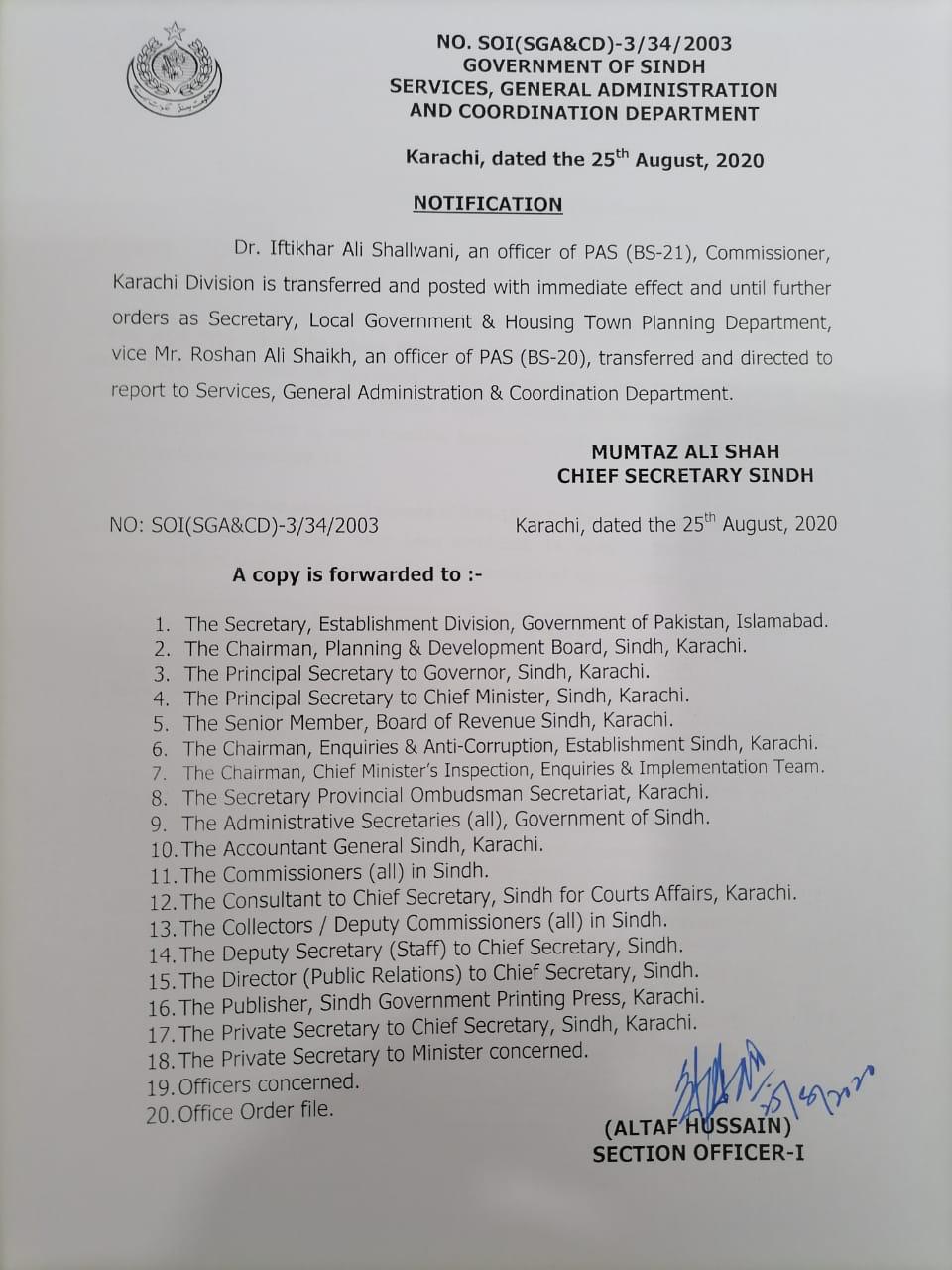 The NAB had arrested Sheikh, Rehman and Waseem the previous day, after the Sindh High Court (SHC) rejected their interim bail plea.

The accused were presented in an accountability court on Tuesday, while Sheikh’s supporters also arrived at the court and insulted court staff and journalists, further attempting to snatch mobile phones from journalists filming the incident.

According to the NAB prosecutor, a reference had been filed against Sheikh and others accused in the case, adding that with the connivance of the KMC and the Board of Revenue, 265 acres of land, allocated for a slaughterhouse in Landhi, was allotted illegally to a small cottage industry.

The court order added that due to the accused's coordinated actions, the national exchequer had suffered losses, while there was no apparent mal-intent in the NAB's stance in the case.

The SHC had rejected the bail pleas of Sheikh, Rehman and Waseem, as well as Nadeem Qadir Khokhar, Sabaul Islam, Farrukh Jameel Siddiqi, Sohail Yar Khan and Ahmed Ali, and directed the police officials to arrest them.

As two NAB teams stood by in order to arrest him, Sheikh surrendered to them after consulting his lawyers.

Insufficient funds: ‘KMC given only Rs500m over four years to clean nullahs’

'Road to peace in region goes through Islamabad'