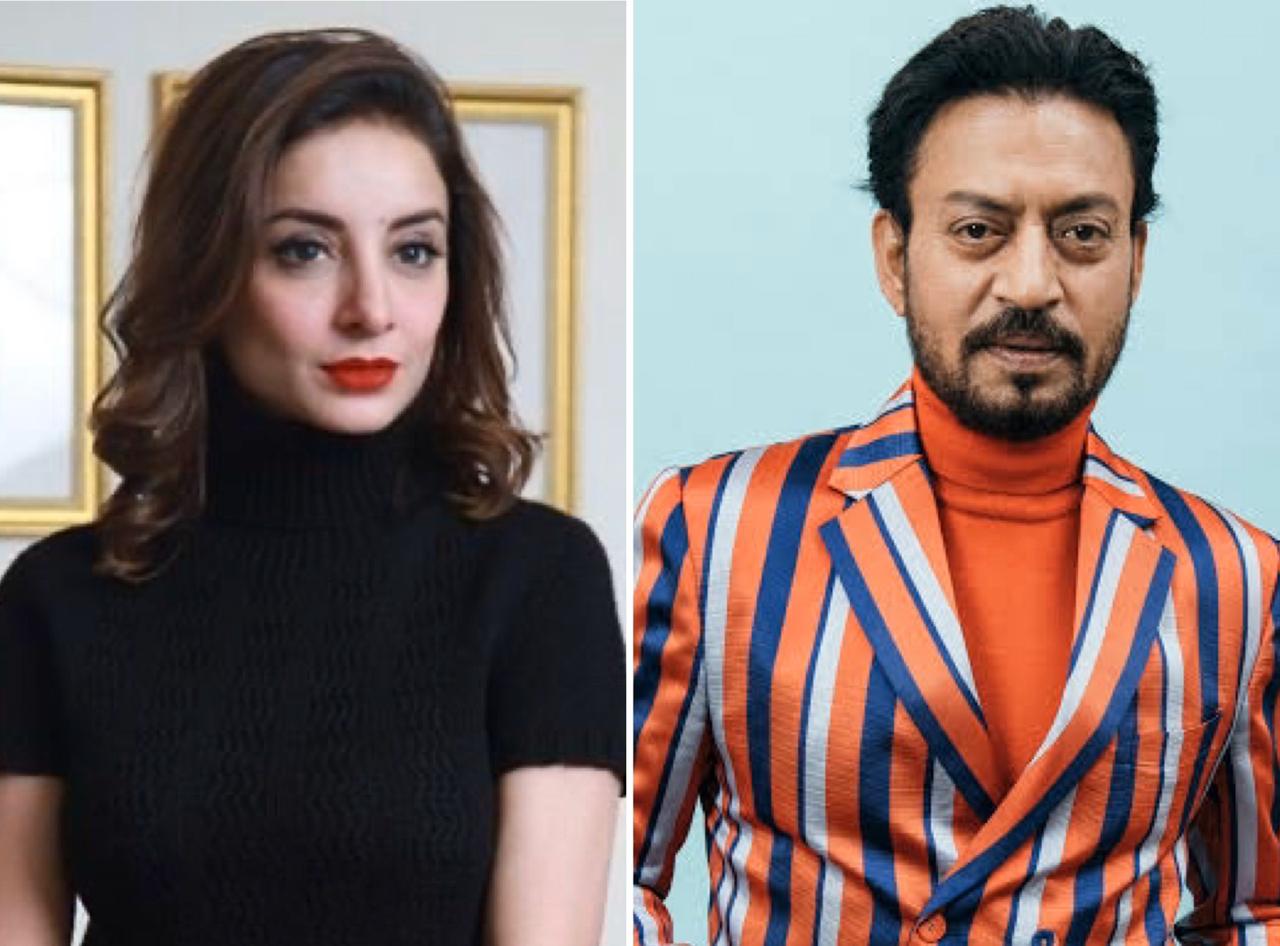 It has been about three months since Bollywood legend Irrfan Khan's untimely demise. The actor was adored globally by fans and followers for his stellar acting prowess. He proved his excellence with every film and non-film project he took on and was praised as a brilliant co-star by fellow stars as well.

When he passed away in April this year, Pakistani actor Saba Qamar paid homage to her late Hindi Medium co-star, acknowledging how great it had been to work with him.

But did you know there could have been another Pakistani starlet who could have worked with Khan? Sarwat Gilani, in a recent interview with the Press Trust of India, shared she once almost missed a chance of working with the Maqbool star. “Irrfan Khan’s team was looking to cast someone from Pakistan. They had seen my work in Mata-e-Jaan Hai Tu and liked it. I think it was for a film. They got in touch with Mehreen Jabbar, who was the director of our show, and got my contact through her,"

Gilani told the publication. "Mehreen told me that somebody from India had called and they were looking to cast somebody opposite Irrfan Khan. The exchange was happening but unfortunately, the political drama happened and things didn’t materialise."As expected, the Jawani Phir Nahi Ani beauty was left heartbroken. “I could only imagine how amazing it would have been to just see Irrfan Khan and how he acts! He was so amazing. Sadly, he isn’t with us. My mother cried so much on his death. He is much loved in Pakistan and people look up to his work here,” Gilani said, adding The Lunchbox and Piku are some of her favourite films of the late actor.

Recently, Gilani has been getting ample praise for her portrayal of Sara in Asim Abbasi's latest venture Churails. The web show became the first Pakistani original to screen on the Indian streaming platform ZEE5.

Speaking about the Indian content in Pakistan, she said, “We are always starving for Indian films to come and take on our cinema; our entire community is into Bollywood. When it comes to music, I feel Pakistani artists have contributed to the Indian market more. We have amazing artists like Nusrat Fateh Ali Khan, Rahat Fateh Ali Khan, Shafaqat Amanat Ali, Atif Aslam, Ali Zafar, etc.”

She admitted Churails seemed like the perfect story to depict on an Indian medium as the Pakistani censor boards would not have passed such a bold script. “The stories (in Pakistan) are fictional. There is not much reality attached to it, although we see the same stories in the news every day. Like a guy spilling acid on a woman because she refused to marry him. But we don’t want to talk about it in the entertainment sector; we want to sugarcoat things," Gilani explained. "Asim wants to break that. In Churails, we didn’t need a man to rescue a woman. We wanted to show that a woman can stand for herself and uplift other women going through problems.”