It looks like our stars are on the look-out for fakes among their many fan accounts! Days after Mehwish Hayat called out an impersonator on TikTok, Saba Qamar has now joined the ranks, taking to Instagram to expose a fake account in her name on the video-sharing app.

Saba shared a screenshot of the profile on her Instagram story, writing, "Hi everyone, I'm not on TikTok. This page made using my name is fake and I want all of you to report that." 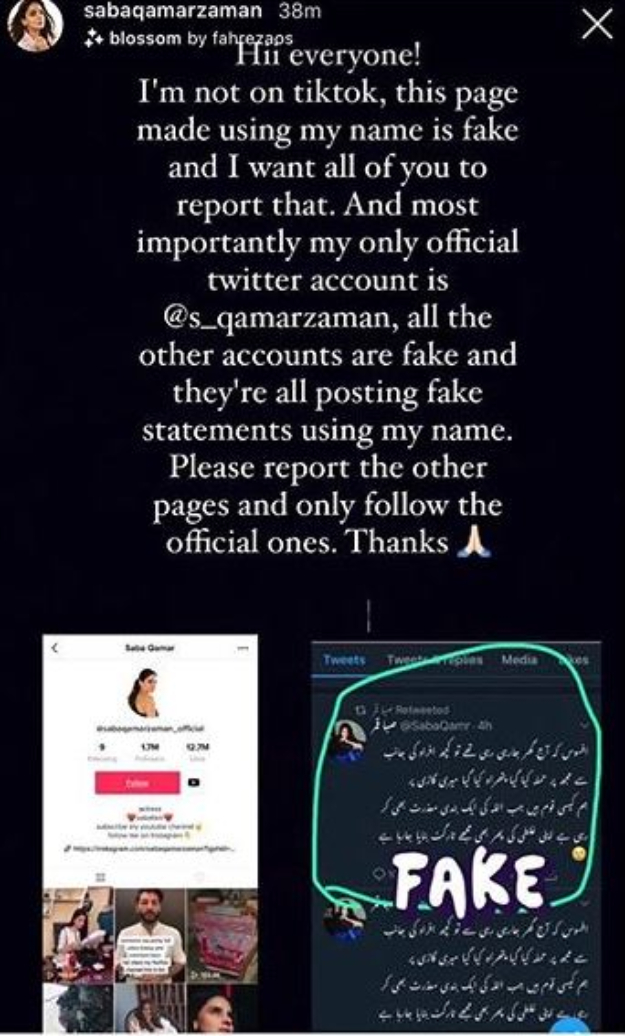 That's not all though, she also clarified that she only has one official Twitter account with the handle @s_qamarzaman. "All the other accounts are fake and they're all posting fake statements using my name. Please report the other pages and only follow the official ones. Thanks!" she said.

Like Mehwish, who also called out fake accounts a few days ago, Saba is also not one to be messed with - she is fiercely vocal and you don't want to the on the short end of her stick!

We hope that the fake accounts are swiftly taken down before they cause any big damage to our celebs' reputations.