OKB's hilarious jibe at Usman Mukhtar will leave you in fits

The Khyber-Pakhtunkhwa (K-P) government on Monday asked for the repatriation of Ziaur Rehman’s services after he was posted as a deputy commissioner (DC) in Karachi.

“This Provincial Government is facing a shortage of cadre officers and services of said officer [Ziaur Rehman] are required in Khyber-Pakhtunkhwa," stated a notification. 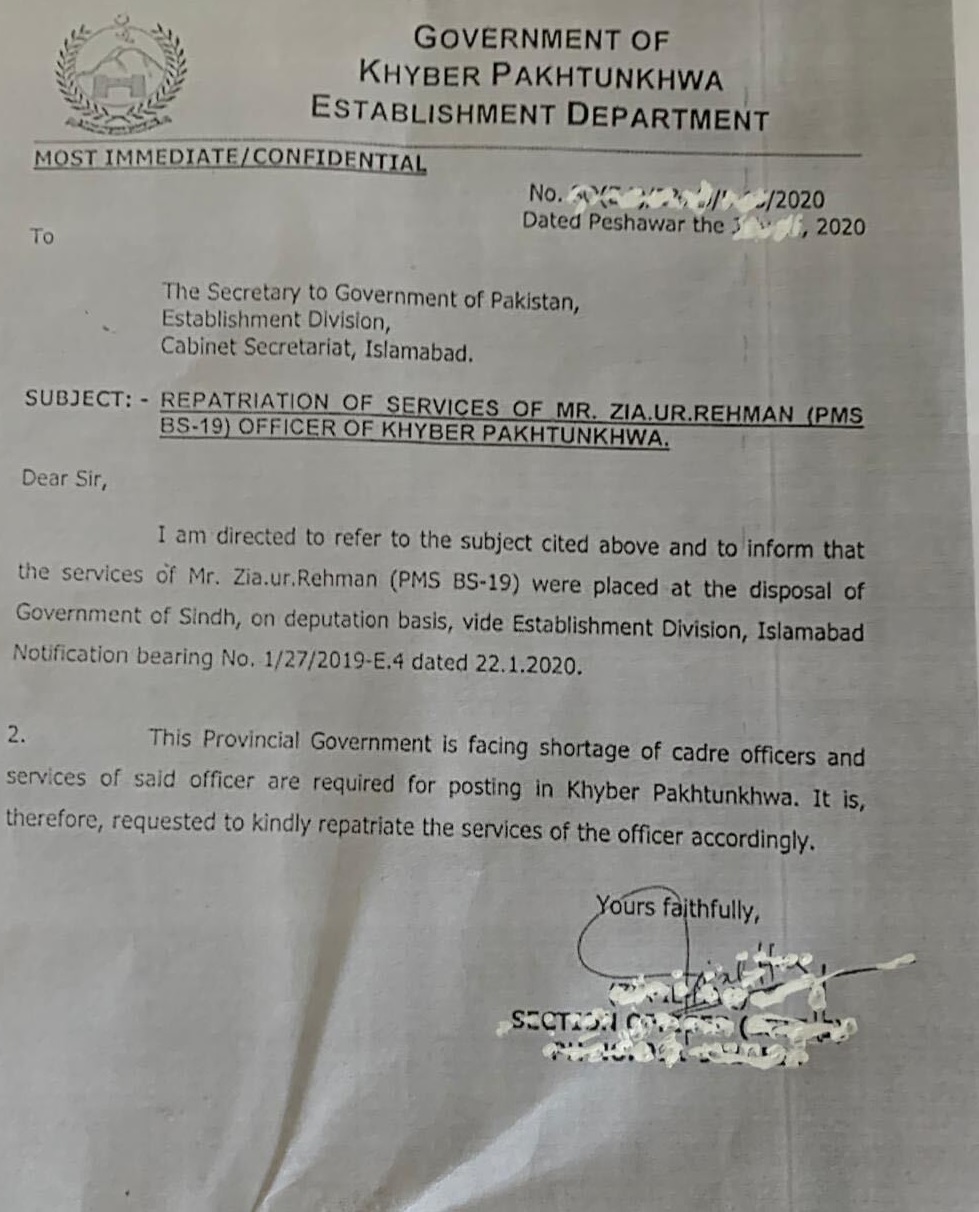 "It is, therefore, requested to kindly repatriate the services of the officer accordingly.”

On July 26, Pakistan Tehreek-e-Insaf (PTI) leader Haleem Adil Sheikh stated that the PTI would be taking the matter to the court as the appointment was a "direct violation of the orders of the apex court".

The PTI leader alleged that the reason that Pakistan Peoples’ Party (PPP) Chairperson Bilawal Bhutto Zardari was so boldly threatening to stage a sit-in in Islamabad is that the party had appointed Fazl's brothers as a DC to "rent" his support for the demonstration.

Terming the appointment an "exploitation of Sindh's cadre officers", Sheikh asserted that after the issuance of fake domicile the Sindh government had now begun appointing fake DCs.

Challenging the Sindh Information Minister Syed Nasir Hussain Shah's claim that Ziaur Rehman, was appointed at the post due to his competence, Sheikh questioned why it was necessary to "import an officer from K-P for Karachi's Central district when there are several local officers available for the position."

The parliamentary leader went so far as to claim that Zia was "a fake district management officer who used to work as an engineer for a private telecom company, and was only made a DC by Muttahida Majlis-e-Amal government in K-P."

How was Fazl’s brother posted as a DC in Sindh?

‘PTI will challenge posting of DC in court’