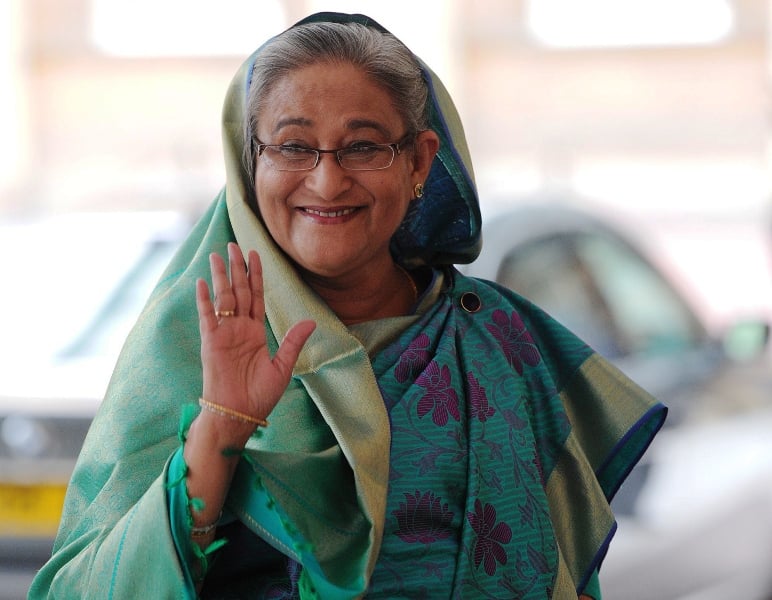 The daily further reported that the pace of all Indian projects had dropped since PM Hasina’s re-election in 2019, with Dhaka giving more support to Chinese infrastructure projects.

“Despite India's concern, Bangladesh has given the contract of building an airport terminal in Sylhet to a Chinese company," the article stated.

According to the daily newspaper, Indian High Commissioner Riva Ganguly Das tried for four months to get an appointment with the prime minister of Bangladesh but did not get it.

Bangladesh has not even sent a note of appreciation to India in response to Indian assistance for the Covid-19 pandemic, Bhorer Kagoj’s editor Shyamal Dutta said in an article.

According to the daily, the Beijing Urban Construction Group (BUCG) had received the contract to build a new terminal in MAG Osmania Airport of Sylhet, that borders India's northeastern region - a sensitive area for New Delhi.

The Hindu reported that neither India’s High Commission in Dhaka nor the Ministry of External Affairs (MEA) responded regarding questions related to the meeting not materialising between PM Hasina and Indian High Commissioner Riva Ganguly Das.

A diplomat from the Indian mission said ‘Das had gone out of Dhaka on a tour’.

On July 22, it was reported that PM Imran Khan held a rare telephonic conversation with Bangladesh’s premier in a rare occurrence of diplomacy as the two estranged countries seek rapprochement.

"Pakistan is committed to deepening fraternal relations with Bangladesh on the basis of mutual trust, mutual respect and sovereign equality," said PM Imran Khan, according to a statement issued by his office.

PM Imran shared Pakistan’s perspective on the grave situation in the Indian-occupied Jammu & Kashmir (IOJ&K) and stressed on the importance of a peaceful resolution of the Jammu and Kashmir dispute for a safe and prosperous region.

The local Indian newspaper reported that further details about the conversations between the two premiers were not given. India appreciated Bangladesh saying that ‘Dhaka considers Kashmir an internal matter of India’.

Bhorer Kagoj said that a part of PM Hasina’s office is actively supporting stronger ties with China; an angle which was visible in the rapid improvement in ties with Pakistan in the last 10 months.

In November 2019, Bangladesh opted for Pakistan’s onion supplies after India imposed a ban on its export.
This was the first time that Bangladesh imported agriculture items from Pakistan in the last 15 years, the Indian daily added.

Relations between Bangladesh and India hit the sack after the Indian government passed the discriminatory Citizenship Amendment Act (CAA), and initiated the National Register of Citizens (NRC).

“Dhaka has maintained that instances of religious bigotry have gone down in the country and that the NRC and the CAA are internal matters of India,” the news report further stated.

However, the issue has created a wave of concern in Dhaka, as prominent leaders of the ruling BJP spoke about “sending back” undocumented citizens to Bangladesh.

The article further reported that Premier Hasina’s increasing diplomatic interactions with Pakistan and China were being viewed as a move to bargain with India on issues of Dhaka’s special interest, especially the CAA.

“[It] remains a sticking issue for Bangladesh as it is weary of hosting more refugees in addition to the 1.2 million Rohingya from Myanmar currently residing in Chittagong’s Kutupalong,” The Hindu reported.