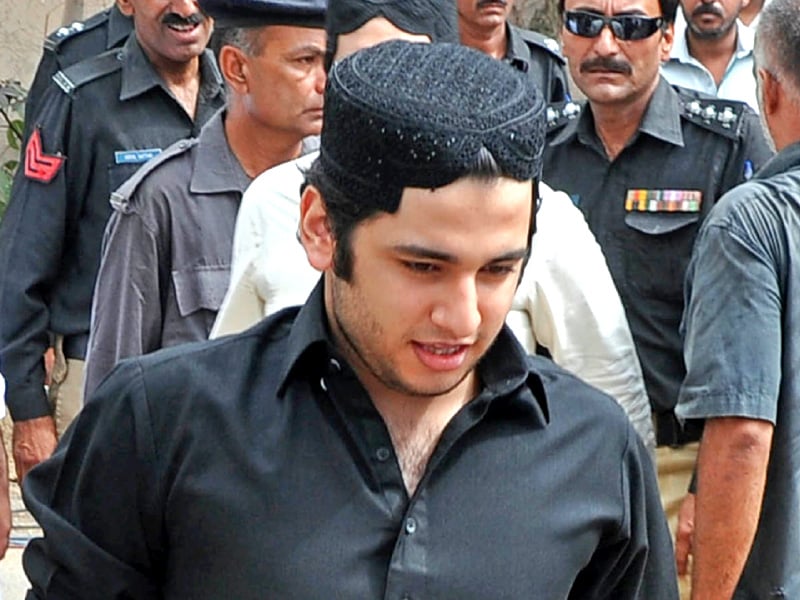 A local court issued on Saturday production orders for murder convict Shahrukh Jatoi in a case pertaining to leaving the country despite restrictions.

An additional district and sessions judge was hearing the case against Jatoi and others. Jail officials informed the court that the Sindh Home Department had restricted Jatoi's movements. Therefore, he could not be presented in court, they added. As a result of his absence, the indictment could not be issued.

The court accepted the plea filed by the accused travel agents, ordering their acquittal from the case. It also directed jail officials to present Jatoi at the next hearing.

According to the prosecution, Jatoi had shot and killed a citizen, Shahzeb Khan, on December 25, 2012, before fleeing the country.