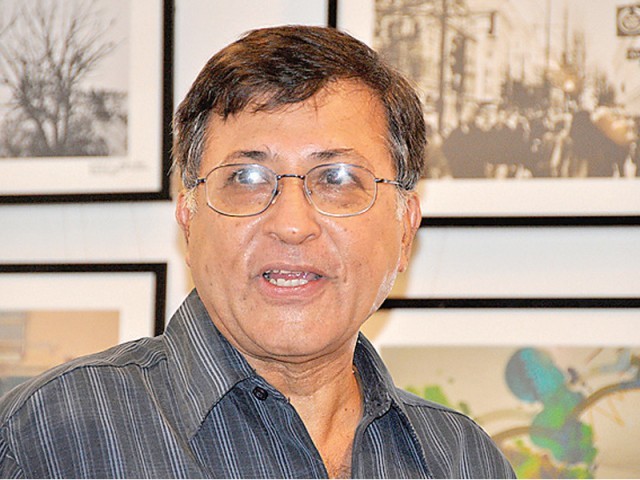 Dr Hoodbhoy says he is being punished for writing an article for a local publication about the online learning in Pakistan. PHOTO: FILE

After an eight-year long association, internationally renowned nuclear physicist, human rights activist and analyst Professor Dr Pervez Hoodbhoy on Friday resigned as Distinguished Professor of Physics and Mathematics at Forman Christian College (FCC), Lahore after his contract was termed "non-renewable" by the administration.

He said that the resignation would take effect 120 days from today (July 3) and upon acceptance of it, he would vacate the office in the physics department and his on-campus residence.

"I am resigning because the Rector claims I do not meet FCC’s academic standards or its teaching requirements. In his email to me, on June 20, he stated that the Academic Standards Committee had recommended against my continuation at FCC, a decision he agrees with," stated Prof Hoodbhoy in his resignation, a copy of which is available with The Express Tribune.

Renowned nuclear physicist said that he had been "tried and sentenced in absentia" without a chance given to defend himself. "I cannot recall any individual or committee seeking to contact me on any such matter during my 8 years at FCC. I have never been informed either verbally or in writing about my alleged shortcomings, nor have I seen minutes of any meeting where my role at FCC was discussed."

Dr Hoodbhoy said that he was denied the respect that every academic is entitled to, especially one who bears the title of Distinguished Professor. "If someone in this category can be dealt with so whimsically, arbitrarily and high-handedly, then what hope can there be for FCC’s lecturers, assistant professors, associate professors, and even full professors? Such absolute arrogance of power and arbitrary diktat is intolerable in any institution, but particularly in an academic institution where successful functioning demands collegiality, fair-play and transparency," he added.

The human rights activist said that by violating the fundamental principles, FCC was spiralling into academic degeneration with no visible endpoint.

"I am deeply hurt that FCC administration is unappreciative of my efforts to uplift the intellectual environment at FCC. On the other side, I am pleased that the broad FCC community of students and teachers showed its interest and appreciation year after year by packing auditoriums and lecture halls when I gave well over three dozen colloquia and lectures on a variety of topics, both in the sciences and the humanities," the resignation read.

Providing further details of his decision, Dr Hoodbhoy said that the FCC's administration was not just tolerating academic mediocrity but is actively soliciting and promoting it. "It [the administration] appears to have only one interest at heart – that to have grand graduation ceremonies, mortar boards, pomp, pageantry, processions and parades," he said and added that a PhD program was being pursued in physics/math even though undergraduate teaching was in "utter shambles" in both departments.

He alleged that the administration, headed by the current Rector, sought to convert a part of the campus gardens into a shadi [wedding] hall 4-5 years ago. "The still standing concrete pillars from this bizarre, failed venture can be seen at the intersection of Zahoor Elahi Road and Canal Road. One is grateful to Lahore’s environmentalists and proactive members of the Christian community who mounted legal challenges and forced the administration into a messy and expensive abortion."

Dr Hoodbhoy said that he was being punished for writing an article for a local publication about the online learning in Pakistan after which he had an hour-long television discussion with the HEC chairman.

"I am being punished for being a whistleblower. But this is a price that I have paid willingly for protecting the interests of the larger FCC community. I have safely archived all materials and emails on a non-FCC server in the hope that someday there will be an inquiry against the present Rector and his coterie of academic hucksters and hanger-ons. They have seriously damaged FCC's academic integrity and standards," he added.

He also urged the FCC’s Board of Governors to take serious notice of these issues.