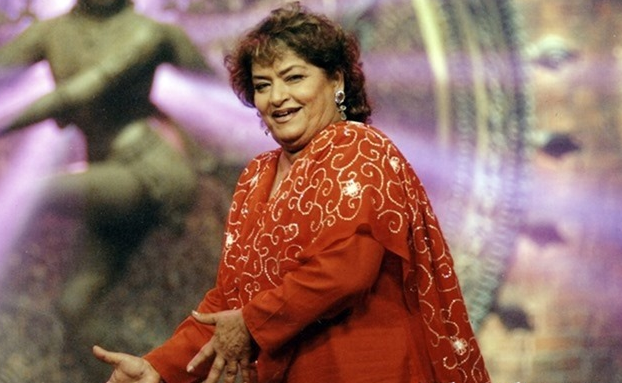 Bollywood choreographer Saroj Khan passed away after a cardiac arrest on Thursday night. She was 71. Khan had complained of breathing last month, following which she was admitted to Mumbai's Guru Nanak Hospital.

When she was first hospitalised in the last week of June, a COVID-19 test was done, which turned out negative. One of the most prolific choreographers of the Hindi film industry, Khan, fondly called Masterji in Bollywood, had called the shots in over 2000 songs spanning over three and a half decades.

Although Khan started out in the early seventies, she really became a household name in the mid to late eighties, first directing dances for Sridevi, and then Madhuri Dixit.

Khan started out choreographing with the 1974 film, Geeta Mera Naam. She directed songs for the Tamil film Thai Veedu in 1983 and also worked in Subhash Ghai's superhit Hero the same year.

It was the 1986 film, Nagina that made her a household name. Sridevi's iconic dance Main Naagin Tu Sapera in that film continues to be a popular number even today.

Her choreography for Sridevi the next year in Mr India, particularly the song Hawaa Hawaai then scaled popularity.

Khan has also given Madhuri Dixit some of her most iconic hits including Ek do teen (Tezaab), and Dhak (Beta) among numerous others.

Lately, Khan has been selective with signing new projects. Her recent works include choreographing Kangana Ranaut in Manikarnika last year and Tanu Weds Manu Returns in 2015. Her last major assignment has been directing Madhuri's moves in last year's release, Kalank.

Khan, born in 1948, started out in films at the age of three as a child actor before a stint as a back-up dancer in the fifties. She is survived by her husband, son and two daughters.

She had a lot of personal tragedies but yet she managed to smile through those tears . That makes her special.