'Live' and slightly dangerous, stars on their sofas compete for fans

Before Leicester, Ranieri's brush with glory with his beloved Roma 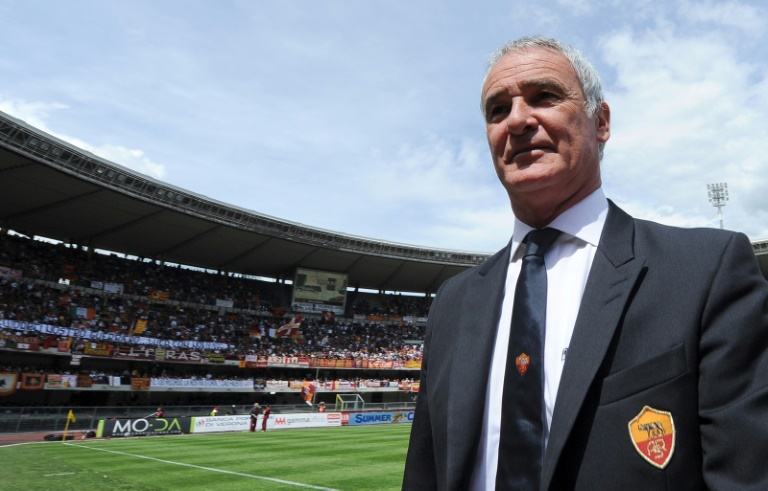 Ranieri, born and raised in Rome and a lifelong fan of the capital club. PHOTO: AFP
MILAN:

Claudio Ranieri won the hearts of the football world when he took Leicester City to the 2016 Premier League title, but six years earlier he came to within touching distance of an even more romantic achievement -- a league title with home town team Roma.

Ranieri, born and raised in Rome and a lifelong fan of the capital club, had taken over a side with no points in the early stages of the 2009-10 season, but after a slow start led the Giallorossi to a 24-match unbeaten run that left them at the summit in Italy with four matches left.


However 10 years ago on Saturday a tidal wave of emotion came crashing down in one of the most dramatic matches in recent Serie A history, a 2-1 home defeat to Sampdoria which all but handed Jose Mourinho's Inter Milan the title and the chance to complete a now famous league, cup and Champions League treble.

The loss, and Inter's 3-1 defeat of Atalanta the previous day, put Mourinho's team two points ahead with three games remaining, a lead that the future European champions would not relinquish.

The match was held at a balmy Stadio Olimpico in Rome and was the last real contest facing Ranieri's team, with an entertaining Samp side featuring Antonio Cassano chasing down a Champions League place.


A volcanic opening 45 minutes strengthened the feeling that Ranieri was about to ram Mourinho's insults -- he had called his fellow former Chelsea boss a serial loser and mocked his English -- back down the Portuguese's throat, as Francesco Totti swept the hosts in front early on and continued to pull the strings in a dominating display.

However Samp boss Gigi Delneri switched things up at half-time and the tide turned. The first half's missed chances came back to bite Roma and a clinical Giampaolo Pazzini stunned the raucous home support with a brace that came after Roma wasted more opportunities and had several penalty shouts turned down.


"No-one would have complained if that first half had finished 3-0," Ranieri said earlier this month. "We had three or four chances to win the match that we wasted. Then those two goals whipped our legs out from under us."

The Samp defeat left a deep mark on a talented team that afterwards sank into the doldrums. So traumatic was it for Ranieri's fellow Roman Daniele De Rossi that he repeatedly said it was the one fixture from his 18 years at the club that he would play again.

"I'd make sure that I marked Pazzini man-to-man. That match was the game that could have given us the glory that team deserved," he said.

Roma's exhilarating run began in early November when they were 14 points off the top and they only took the league lead in mid-April thanks in part to dramatic 2-1 wins over Juventus, local rivals Lazio and the stuttering Inter.


However the stinging defeat to Samp left Inter top by two points and the following week Lazio fans were quick to rub salt into the wound.

They raised an ironic "Oh nooo" banner as their team lost 2-0 to Inter, in a surreal, celebratory atmosphere in Rome after Lazio supporters had demanded their players let the Nerazzurri win.


With two wins for both teams ahead of the final round of matches, some 15,000 Roma fans made the trip to Chievo in the hope that Inter -- who needed to win -- might slip up at Siena, and at half-time their side were top thanks to strikes from Mirko Vucinic and De Rossi and a goalless first period in Tuscany.

However Diego Milito, who would cap a famous campaign with the goals that would hand Inter their third European Cup, struck just before the hour mark in Siena to end Ranieri's dreams of winning his boyhood club's Scudetto.

The disappointment marked the end of a fierce battle between the two sides that had seen Roma finish second to Inter three of the previous four seasons, with Mourinho's ageing team creaking past their best after he left for Real Madrid.

Roma have now been waiting for another title since 2001 and Ranieri, who resigned the following February, would have to wait a few more years before he finally made history.