UAE against unilateral changes to situation in Yemen: official

Monisha memes take over the internet, everything else is 'too middle class'

Our lives may have turned upside down but our sense of humour continues to evolve, much like the standards of Maya Sarabhai from the popular 2000's sitcom Sarabhai vs Sarabhai.

In the show, Maya continuously takes a jibe at her daughter-in-law, Monisha, for being 'too middle-class' in a sassy and sophisticated manner. And the "Monisha beta" memes surfaced when dalgona coffee became a must have trend during the initial lockdown period. 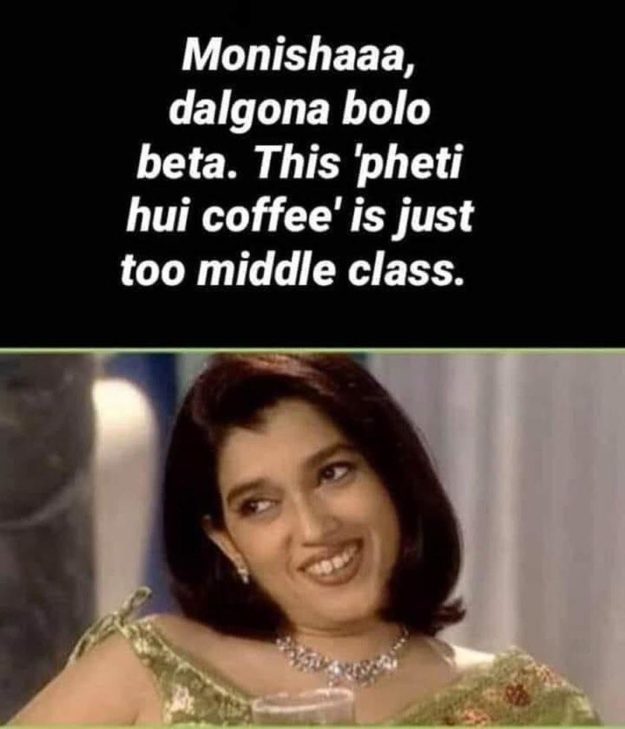 But since then, people have been continuously revamping Ratna Pathak's (Maya) witty dialogues from the show to create hilarious memes of their own.

Let's have a look at some of the most hysterical ones the decades-old TV show gave birth to in today's day and age:

1. Lockdown or no lockdown, let's all steer clear of expressing panic in such a shabby manner, capiche?

2. Since it's Ramazan, let's also keep in mind that it's not paratha aur lassi!

4. Cannot argue with that

5. No apologies there either

6. Class over crass, any day

8. When you can't up your patriarchy to equality, the least you can do is up your.. oh wait, you can't

9. The next time you want to give excuses

10. But at the end of the day, the middle class in Monisha ain't that bad either

Monisha beta jo marzi bolo, letting people tell you what to say is so middle class.