Tapmad TV, closed a total of $4 million in funding for 2019/20 at a valuation in excess of $20 million. The round was led by MBC Group, the largest private free-to-air satellite broadcasting company in the Middle East & North Africa region and Daman investments.

Tapmad CEO, Yassir Pasha was quoted saying, “The Tapmad team is proud of MBC’s continued strategic support of our vision for digital content monetisation. Tapmad has always tried to be innovative in order to stay ahead in OTT space in Pakistan. After streaming successful seasons of your favourite sports, be it PSL 5 or EPL, we are very excited about our latest slate of original content production. This will be the first of many original programming we expect to release along with the existing library of movies, shows, cartoons and documentaries from such studios as Discovery and The Cartoon Network ”

“The team has always sensed an enormous viewers’ appetite when it comes to stand-up comedy. Because of restricted means and resources, however, this genre has not been able to attract enough local talent. In an attempt to boost growth in this field, Tapmad decided to share its platform with such comedians and hence produced its first ever and one-of-a-kind stand-up comedy show under Tapmad Originals production. The show is called The Un-sanitized Comedy Show.” Says Ayesha Syed, Head of General Marketing. 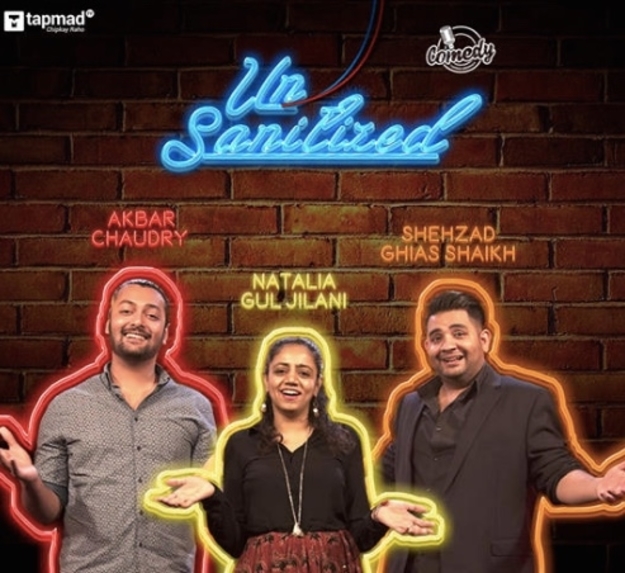 The “Unsanitized” show brings together Pakistan’s finest comedians, namely Shahzad Ghias Shaikh, Natalia Gul and Akbar Chaudhry, performing for a live audience on different sets. The show was released on April 18, 2020 on Tapmad’s webpage and app. It indeed has received a truly overwhelming response.

To find out more about Tapmad, visit their website or download their app on Android and IOS.