2010 floods: People tell government what it should be doing for them

2010 floods: People tell government what it should be doing for them 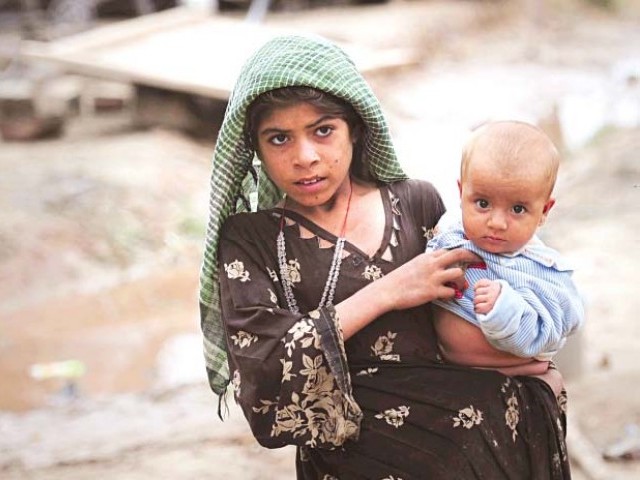 A pair of young flood survivors walking through a camp in Nowshera on Tuesday. PHOTO: AFP

Flood victims from more than 14 flood-hit districts presented a charter of demands to policy makers and parliamentarians during the concluding session of “People’s Forum” here on Wednesday.

The two-day forum at a local hotel was organised by ActionAid Pakistan to observe the passage of one year since devastating floods hit the country.

Their key demands were:

1) The immediate release of cash pledged through Watan Card (first and second instalment).

2) Priority to women in compensation and rehabilitation packages through redistribution of land to women, especially landless rural women to fulfil their constitutional right to access, control and own land.

4) The insurance of food and livelihood security through inclusive rehabilitation programmes by revisiting National Disaster Management Act 2010 and making it more comprehensive and gender sensitive with appropriate financial allocations.

The 2010 floods were the worst in Pakistan’s history, claiming 1,980 lives, destroying 1.6 million houses, and disrupting the lives and livelihoods of more than 20 million people all over the country.

Men and women from Kashmore, Shahdad Kot, Dadu, Charsadda, Swat, Nowshera, Kot Adu, Layyah, Naseerabad, and Jaffarabad and many other flood-hit districts across Pakistan voiced their concerns over the lack of support for their rehabilitation a full year after the disaster.

Participants also criticised the National Disaster Management Act 2010 for its structural flaws and suggested that the government should revisit the act to make it more comprehensive, responsive and gender-sensitive with appropriate financial allocations. Shagufta Malik, a member of the Khyber-Pakhtunkhwa (K-P) Assembly, said K-P sustained huge losses in human terms, houses and land resources. She said K-P was in an emergency situation even before the floods hit, as it hosted more than 3 million internally displaced people who had fled from Swat during the military operation against terrorists there.

Shahnaz Wazir Ali, a National Assembly member, said that the federal government tried its best to respond to the people’s needs. However, “the disaster was unprecedented and the government was not well prepared to handle it,” she said.

She appreciated the Sindh government’s initiative of distributing land among landless flood-affected women. She insisted that the other provinces prioritise women in their flood response packages. She promised to take forward people’s demand to all relevant departments. She informed the participants that the government was well prepared to cope with any future disaster and it has made emergency arrangements for more than two million people.

ActionAid Country Director Jemal Ahmed said the scale of the 2010 disaster was such that it demanded both government and humanitarian sectors to work together to alleviate the suffering of the people. However public financing is the key to sustainable disaster preparedness and disaster risk management, he added, stressing the fact that the government should focus on women and minorities, as these vulnerable sections of society often get neglected due to negative social and cultural traditions.