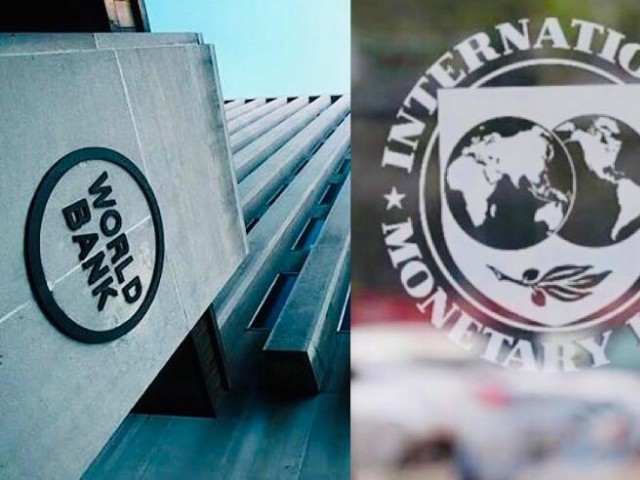 WASHINGTON: The World Bank and the International Monetary Fund on Wednesday urged official bilateral creditors to provide immediate debt relief to the world’s poorest countries as they grapple with severe consequences of the rapidly spreading coronavirus.

“This will help with IDA countries’ immediate liquidity needs to tackle challenges posed by the coronavirus outbreak and allow time for an assessment of the crisis impact and financing needs for each country,” the IMF and the World Bank said.

Most of the 76 countries receiving IDA support have gross national income per capita of below $1,175, a threshold that is updated annually.

The World Bank and the IMF said suspending debt payments, consistent with national laws of the creditor countries, would provide “a global sense of relief for developing countries” and send a strong signal to financial markets.

They urged the world’s 20 largest economies (G20) to support their call for action.

However, after local and international markets reacted nervously to the situation arising out of the surge in coronavirus contagion, so far foreign investors have withdrawn $1.74 billion worth of hot foreign money or more than half of their total investment, according to the State Bank of Pakistan (SBP).

G20 leaders are due to hold a virtual summit on Thursday to discuss an action plan to deal with the worsening pandemic.

The new coronavirus, which originated in China in December, has infected over 438,000 people around the globe and killed more than 19,000, according to a Johns Hopkins University tally.

The World Bank and the IMF invited G20 leaders to assess the crisis impact and financial needs for each of the IDA countries, including identifying those with unsustainable debt situations, and to prepare a proposal for comprehensive action by official bilateral creditors.

They said they would seek endorsement of the proposal at the combined spring meetings of the WB and the IMF next month.

(With additional input from Our Correspondent in Islamabad)