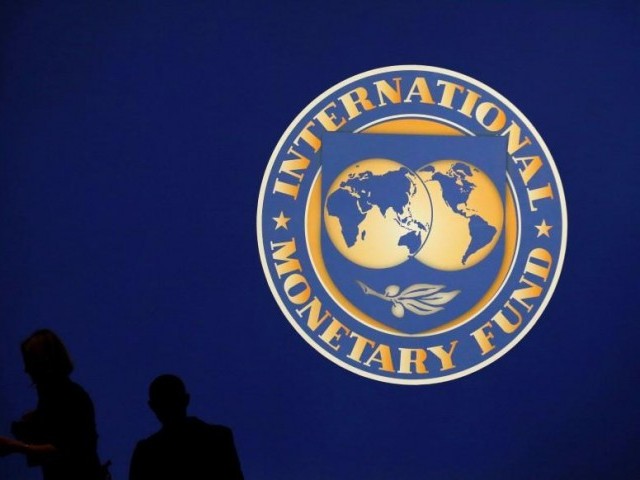 ISLAMABAD: The International Monetary Fund (IMF) has advised highly indebted regional countries to strike a balance between easing credit restrictions and protecting vulnerable portfolio investment due to limited policy space available to them to respond to coronavirus contagion.

The global lender has given the policy advice through a blog written by Jihad Azour, IMF Director for Middle East, Caucasus and Central Asia – the region to which Pakistan also belongs to.

In his blog, “COVID-19 Pandemic and the Middle East and Central Asia: Region Facing Dual Shock”, the IMF’s top man in the region advised that such highly indebted countries should devalue their currencies instead of giving concessions on credit.

The conditions that the IMF mentioned in the write-up exactly reflect the existing economic situation in Pakistan, though the global lending institution has not named any country.

While well-targeted health spending should not be sacrificed, very high debt in many of these oil-importing countries meant they would lack the resources to respond adequately to the broader economic slowdown, wrote Azour.

“As such, these countries should try to strike a balance between easing credit conditions and avoiding vulnerability to capital outflows, and, where possible, allow the exchange rate to cushion some of the shocks,” he noted.

However, after local and international markets reacted nervously to the situation arising out of the surge in coronavirus contagion, so far foreign investors have withdrawn $1.74 billion worth of hot foreign money or more than half of their total investment, according to the State Bank of Pakistan (SBP).

About $1.4 billion of hot foreign money has been withdrawn in the past three weeks, according to the central bank. The IMF regional chief has advised member countries to strike a balance to protect this vulnerable money. IMF estimates showed that since the pandemic struck the world, about $85 billion had been withdrawn from the developing countries.

In its second Monetary Policy Committee (MPC) meeting in about one week, the central bank on Tuesday further cut the interest rate by 1.5 percentage points to 11%, according to an announcement made by the SBP.

“The MPC has decided to cut the policy rate by a further 150 basis points to 11%. This brings the cumulative easing over the past one week to 225 basis points,” according to the policy statement.

MPC was of the view that the cumulative easing would cushion the slowdown in economic growth while protecting inflation expectations.

Just six days ago, the SBP was forcefully defending the decision of cutting the interest rate by only 0.75% amidst criticism against its policy response.

Azour wrote that many countries were already introducing targeted measures in response to the coronavirus. For example, several countries – Kazakhstan, Qatar, Saudi Arabia and the United Arab Emirates, to name a few – have announced large financial packages to support the private sector.

These packages include targeted measures to defer taxes and government fees, defer loan payments and increase concessional financing for small and medium-sized enterprises. The impact of COVID-19 and the oil price plunge in the Middle East and the Caucasus and Central Asia had been substantial and could intensify, he added.

The central bank also noted that Pakistan’s economic growth would also be affected and the 3% growth projection would be revised downwards.

The IMF regional chief said beyond the devastating toll on human health, the pandemic was causing significant economic turmoil in the region through simultaneous shocks – a drop in domestic and external demand, reduction in trade, disruption of production, fall in consumer confidence and tightening of financial conditions. The region’s oil exporters face the additional shock of plummeting oil prices.