Inflation eases to 12.4% in February ahead of monetary policy decision

Inflation eases to 12.4% in February ahead of monetary policy decision

Due to a surge in core inflat­ion the centra­l bank may still resist the tempta­tion to reduce the intere­st rates
By Shahbaz Rana
Published: March 2, 2020
Tweet Email 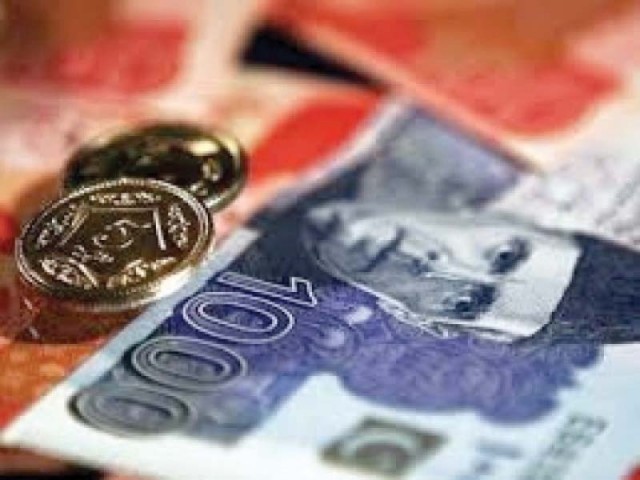 ISLAMABAD: Inflation slowed down to 12.4pc in February due to reduction in prices of essential food items, leveraging hands of the federal government ahead of two key meetings that will review the impact of monetary policies on the economy.

Based on a new methodology, the headline national Consumer Price Index (CPI) eased to 12.4pc in February over a year ago, the Pakistan Bureau of Statistics (PBS) reported on Monday.

In January, the inflation index had jumped to the nine-year high of 14.6pc, which had panicked the policymakers.

The pace of inflation, including food, slowed down both in urban and rural areas. The PBS calculates the inflation index by monitoring prices of 356 commodities in 35 cities and 244 goods in 27 rural markets.

In February, prices of the majority of perishable food items reduced as compared to January, which pulled the index down. There was also no increase in electricity prices on account of monthly fuel price adjustment in February, which also positively impacted the index.

In January, the headline inflation rate had exceeded the key discount rate of 13.25pc, which the central bank has maintained since July 2019.

The pace of inflation has started slowing, albeit still in double-digits, ahead of Monetary and Fiscal Policies Coordination Board meeting and the Monetary Policy Committee meeting. The board headed by the Finance Advisor, with governor State Bank of Pakistan in attendance, is scheduled to meet next week.

The Monetary Policy Committee headed by the Governor SBP Dr Reza Baqir is also expected to meet this month to announce the monetary policy for the next two months.

The Dr Reza Baqir-led central bank has been targeting the headline inflation instead of core inflation for setting the policy rate. The critics of the central bank’s new monetary policy approach argue that the inflation in Pakistan was cost-push.

The federal authorities argued in background discussions that most of the inflation was driven by food commodities, therefore, policy rate had very limited impact to tame inflation.

The central bank decided in January 2020, to keep the policy rate unchanged at 13.25pc. it had raised the policy rate by 1pc in July 2019 and since then retained it at this level.

Officially, Pakistan is in stagflation – a condition in which the economic growth rate is slow while unemployment and prices of goods and services are high.

The economy is projected to grow at only 2.4pc this year as compared to the projected average inflation rate of 12pc.

The real interest rates remained 4.4pc positive – the difference between the core inflation and key policy rate of 13.25pc. The banking sector has been making windfall gains due to high-interest rates.

The high-interest rates have helped attract $3.3 billion in the government’s debt securities which have temporarily built the official foreign exchange reserves but are considered a risky venture in the long run. Dr Zubair Khan, a former employee of the IMF has filed a writ petition in the Supreme Court of Pakistan, pleading to order the government to cut the interest rates. However, the apex court has not yet admitted the petition for hearing.

The central bank’s tight monetary policy does not affect the prices of food items that are increasing because of supply shocks, increase in sales tax rates and monopoly of few businesses.

The prices of food and non-alcoholic beverages group, which have 34.6pc weight in the CPI basket, surged 18.4pc in February over a year ago, according to the PBS.

The transport fares, having 5.9pc weight in CPI basket, increased on an average 19.8pc in February over a year ago.

Prices of tomatoes surged 13pc and pulses 84pc in February compared to the same month of the previous year, which once again underscores that inflation cannot be controlled by keeping the interest rates high.