US invited to invest in CPEC: Dawood

US invited to invest in CPEC: Dawood 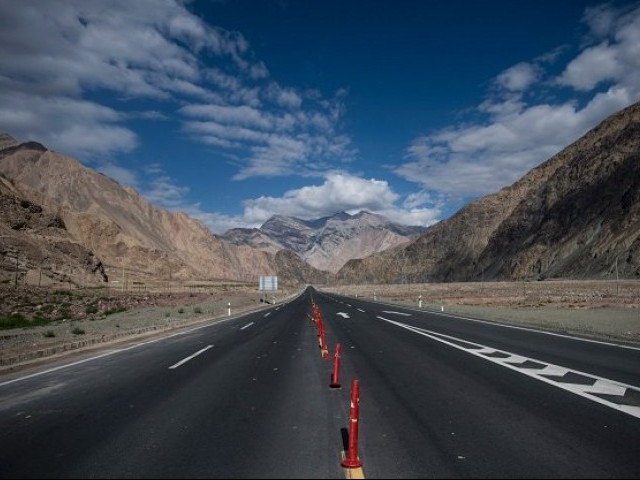 ISLAMABAD: Adviser to the Prime Minister on Commerce Abdul Razak Dawood has said that the United States has been invited to invest in projects of the multi billion-dollar China-Pakistan Economic Corridor as it expressed keen interest in increasing trade relations with Pakistan.

“The US has shown interest in energy, oil and gas, agriculture and food processing,” the commerce adviser told a news conference here on Thursday, sharing details of a meeting held with the US trade delegation led by Commerce Secretary Wilbur Ross the other day.

The US commerce secretary’s visit is the result of recently held discussions between Prime Minister Imran Khan and President Donald Trump to promote bilateral trade and enhanced economic engagements.

The US commerce secretary’s visit follows the recent signing of $3 billion worth of defence deal between the US and India during Trump’s recent visit to Ahmedabad.

“Pak-US market access is the main point. We want access to the US market,” Dawood said, adding that the US secretary has assured of his cooperation in this regard.

Sharing details of the meeting, the PM’s aide said that the US officials have also expressed interest in e-commerce.

“They have agreed that the US International Development Finance Corporation would help in developing of new businesses in Pakistan,” Dawood said. “The US secretary is ready to send a commerce delegation for coordination.”

He said they discussed bilateral relations and matters of mutual interest, adding that they agreed to enhance mutual trade to a maximum level.

“The US has agreed to convene the meeting of the Trade and Investment Framework Agreement (TIFA) Council to move forward seriously on a number of issues. The US has also called for holding the Business Opportunities Conference in order to forge better networking among the private sectors of both the countries,” Dawood said, adding that they had offered the US to open offices of its top brands in Pakistan.

“A Free Trade Agreement (FTA) could be a long-term goal because of complexity involved in the process,” Dawood said, adding that the TIFA framework provided an institutional mechanism to carry forward those discussions and come up with new ideas.

To a question, the commerce adviser said that it would be too soon to comment on the impact of the coronavirus on trade. “We cannot say anything about the exports yet. We will get a clear picture from the February’s export results.”

During his meeting with the US secretary on Wednesday, Premier Imran underscored the need to take full advantage of trade and investment opportunities in Pakistan, stressing the need to enhance business-to-business cooperation between the two countries.