14-year-old victim to be presen­ted before magist­rate for statem­ent on Monday­
By Saleh Mughal
Published: February 23, 2020
Tweet Email 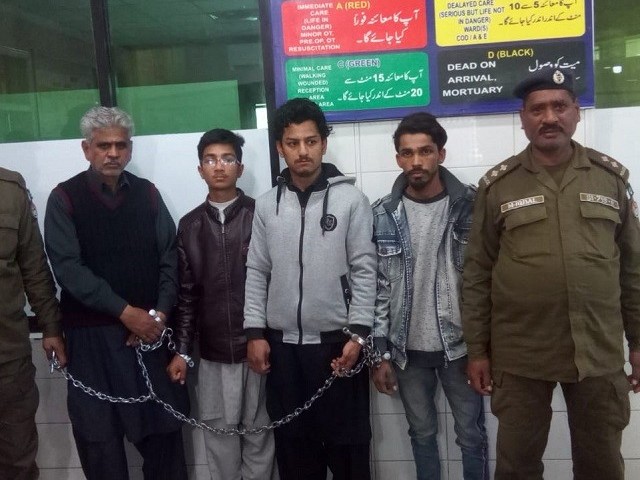 Due to repeated rapes, allegedly by her four neighbours, the 14-year-old girl was impregnated and gave birth to a baby girl a few days ago. PHOTO: EXPRESS

RAWALPINDI: A minor girl, who was subjected to sexual assaults on multiple occasions allegedly by her neighbours within the limits of Ganj Mandi Police Station in Ratta Amral last year, is set to appear before the magistrate to record her statement for the first time on Monday.

Due to repeated rapes, allegedly by her four neighbours, the 14-year-old girl was impregnated and gave birth to a baby girl a few days ago.

The Child Protection and Welfare Bureau Rawalpindi has taken the victim and the infant into its protective custody, while also demanding the police to ensure safety of the two.

The victim, who lodged a case against the four suspects on February 16, will be presented at the court tomorrow to record her statement. The girl said she could not tell anyone about her ordeal due to fear and intimidation by the suspects until her pregnancy became known.

The two have been taken into protective custody owing to threats and security reasons, Child Protection Officer Ali Abid Naqvi told The Express Tribune on Sunday.

The police after registering the case arrested all four suspects and sent them on judicial remand. DNA samples of the victim and the newborn have been sent to Punjab Forensic Science Agency, Lahore.

In the police complaint, the victim narrated her ordeal, saying that her mother has died and she now lives with two younger brothers and her father, who mostly stays out of the home due to work.

Last year, her neighbour Asad Ali allegedly visited her at her home and offered help for any outdoor works. She refused the offer, but he came back a few days later and sexually assaulted her and threatened her of dire consequences if she disclosed this to anyone.

After a few-day interval, Asad along with his friend Bahadur Ali allegedly raped her at gunpoint.

Due to fear and intimidation, the victim remained silent and did not tell anything to her father or anyone else.

Later on, an elderly man, identified by the minor girl as Abid Uncle who is also a neighbour, raped her by blackmailing her of revealing details of her previous sexual assaults. The same scheme was repeated by another neighbour Yahya days later.

Due to repeated sexual assaults, the girl was impregnated. However, she could not disclose her ordeal to anyone due to fear and intimidation.