Two of the suspec­ted rapist­s are curren­tly out on bail while the other two are on the run
By ​ Our Correspondent
Published: November 18, 2019
Tweet Email 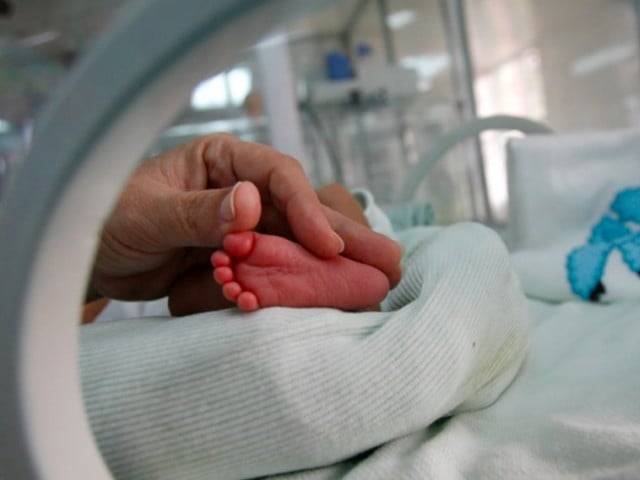 HYDERABAD: A minor girl, who was allegedly subjected to rape over a period of several months in Jacobabad district, has given birth to an infant in Shaikh Zaid Hospital in Larkana district. The 13-year-old rape survivor was shifted to the hospital in police custody because she faces threats from the alleged rapists.

According to hospital sources, DNA samples of the newborn have been collected and sent to Liaquat University of Medical and Health Sciences’ forensic and molecular laboratory.

Four persons, including two unidentified suspects, were nominated in the FIR of rape at Civil Lines Police Station in Jacobabad. Police had arrested the accused, Zafarullah Surhiyo and Kamran Pathan, but they were later released on bail. The other two suspects, who are not known to the police yet, have been declared absconders.

The girl, who was 12 years old at the time, reportedly did not inform her mother about rape until her pregnancy became known. Meanwhile, the victim’s mother alleged that her daughter used to go to the residence of Surhiyo who provided them free meals. The other known accused, Pathan, is a vendor who sells Haleem.

Police have not been able to establish who raped the girl yet, and have been awaiting the child’s birth for the DNA test. The victim’s mother, who is a widow, has appealed the government and the judiciary to take notice and provide her justice.