10 missin­g passen­gers belong­ing to Sindh have not been traced over three months since traged­y
By BILAL GHAURI
Published: February 19, 2020
Tweet Email 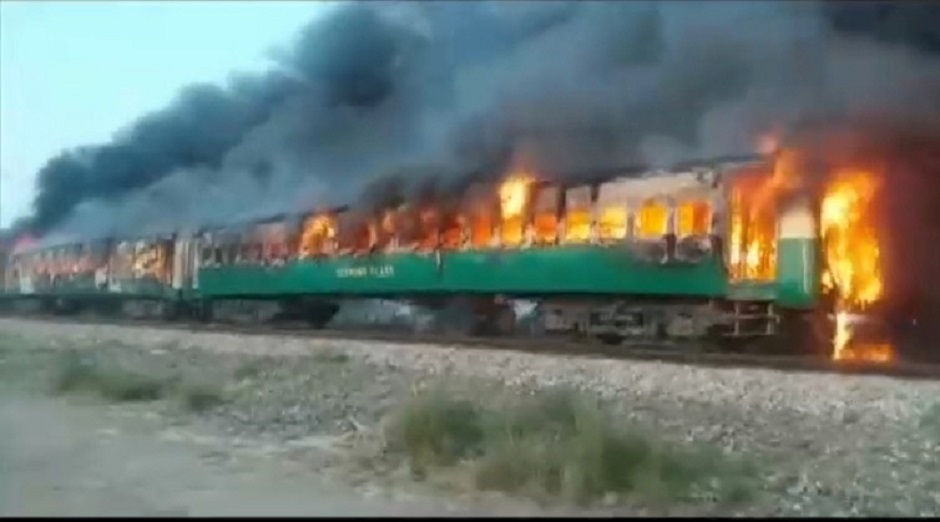 LAHORE: The families of 10 missing passengers, who belong to Sindh, have not yet received the bodies of their loved ones despite the passage of over three months after the Tezgam train accident. The government has not provided them with any financial assistance. The details of the missing passengers are recorded in the FIR.

No bodies were found even after investigation was conducted by Railway Investigation Police, local administration and commissioners in their hometowns. More than three and a half months have passed since the tragedy occurred.

On October 31, 2019, a fire broke out in the 7UP train going from Karachi to Rawalpindi near Liaquatpur Channi Goth Railway Station, engulfing three bogies of economy and AC business class. According to the report, 77 passengers were killed and 46 injured. However, the relatives of the missing passengers could not get their loved ones’ bodies as they were not found. The families informed Railway Police officials on which an investigation team collected information about the missing passengers.

After investigations, they found out that those passengers were also travelling on the train to attend the Tablighi Ijtema, but no information had surfaced about them after the incident. The bodies of other victims were recovered but there is no clue about the missing passengers even after three and a half months, leaving their families in agony.

Sources revealed that the names and addresses of the 10 missing persons have been noted in the FIR and Railway Police authorities have also conducted their investigation in this regard but no trace of the bodies has been found.

Railway police seized 69 gas cylinders, stoves, firearms and other prohibited items and registered 54 cases during a crackdown in trains, railway stations, platforms and stalls across the country.

Multan Division Railway Police seized 24 gas cylinders and stoves and registered 24 cases whereas Sukkur Division Railway Police seized five gas cylinders and registered five cases. Sources revealed that the ongoing series of operations by the railway police has been initiated to protect the lives of the passengers and to protect them from a financial loss at the railway stations and trains.

Railway Police DIG Operations Shahzad Akbar said that in order to avoid any untoward incident, a crackdown against travellers carrying gas cylinders in trains, railway stations, platforms and other railway lines had been started. “Passengers should also not carry along gas cylinders while travelling by train.”