These are the top grossing dating apps worldwide for January

These are the top grossing dating apps worldwide for January 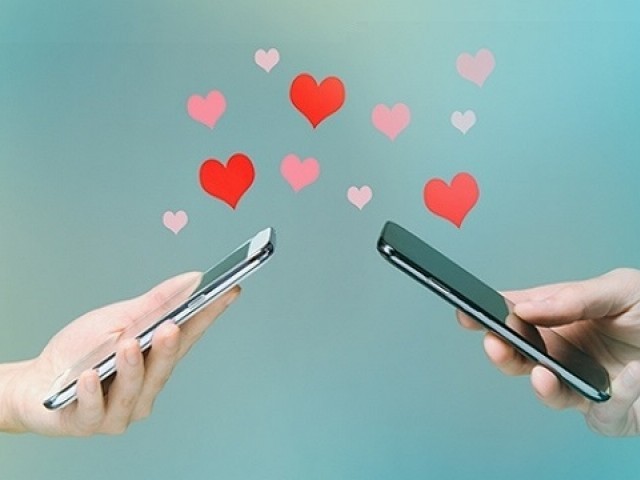 Since its introduction in the 1900s, online dating has really taken off.

A report published by Pew Research Center, an American think tank, suggests that in the past two decades since the inception of commercial dating sites such as Match.com, online dating has transformed into a multibillion-dollar industry catering to customers around the globe.

“Three-in-ten US adults say they have ever used a dating site or app.”

According to Sensor Tower, the top-grossing dating app for the month of January 2020 is Tinder with more than $86.4 million user spending.

With about 40% of Tinder’s revenue being generated from the United States, 7.1% from Great Britain and 5% from Brazil, the dating app ranked number one.

Following the lead is Bumble that ranked number two on the list, the dating app was released in 2014 and since then it has become a popular online dating platform. With more than $20 million in gross revenue. 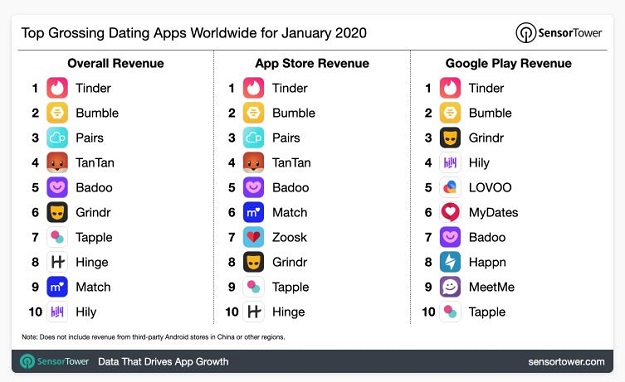 The success Tinder, an online dating app has seen over the years has encouraged other social media platforms to join the club to meet the demand.

Recently, Facebook founder Mark Zuckerberg said that he sees his company moving towards the forefront of online dating by giving users an up to par service “for building real long-term relationships, not just hook-ups.”

The company said users will be able to combine their Instagram accounts with Facebook’s dating profile and add Instagram followers to their “Secret Crush” lists.

This feature will allow users to indicate a romantic interest in a friend without it being publically known, if both friends tag each other as a crush then the social media platform’s dating service would alert both of the interests.