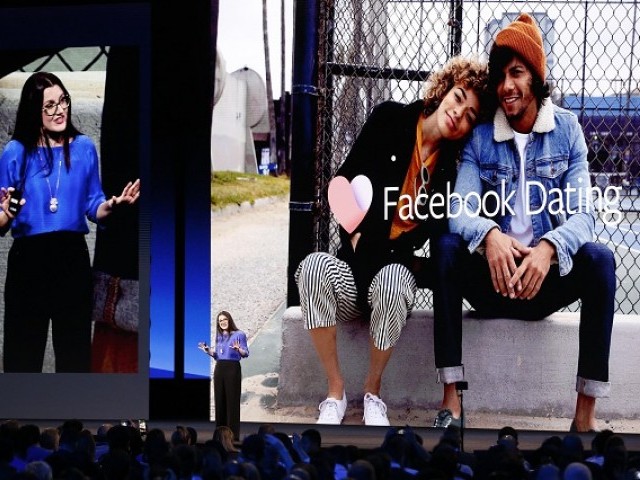 The service will be available only to users aged 18 and over, who can decide who gets to see their dating profile, Facebook said. PHOTO: REUTERS

Facebook is launching its dating services in the United States, the social network said on Thursday, sending its shares up 2%.

The company said users will be able to integrate their Instagram accounts with Facebook’s dating profile and add Instagram followers to their “Secret Crush” lists. That feature allows users to indicate romantic interest in a friend, without the attraction becoming public. If two friends each tag the other as a crush, Facebook Dating alerts both of the interest.

The service would be optional for Facebook and Instagram users, the company said, adding that dating activity of users will not appear on their profile or news feed.

The service will be available only to users aged 18 and over, who can decide who gets to see their dating profile, Facebook said.

It also opens the company to further scrutiny of its privacy and safety record, which has caught the attention of regulators around the world after years of scandals over its handling of personal information.

Facebook offers safety guidelines to people who sign up for a Dating profile and notes in the liability section of its terms of service that it does not conduct background checks or sex offender register searches.

“You interact with other users at your own risk,” the terms state.

Fidji Simo, who recently took over leadership of the core Facebook app, said at the company’s annual F8 developer conference in May that the service was expanding into 14 new countries in Asia and Latin America and would be available in the United States by the end of the year.

She also introduced the new Secret Crush feature, which allows users to express romantic interest in nine of their Facebook friends or Instagram followers. Dating profiles are separate from those other services, but use their data to identify Secret Crush matches.

The expansion poses a threat to competitor dating apps, which have long similarly relied on data from connected Facebook accounts to identify possible connections between users.

Facebook, with its 2.1 billion daily active users, dwarfs the scale of those apps. CEO Mark Zuckerberg said in 2018 that 200 million Facebook users listed themselves as single.

Leading competitor Match Group, which operates Tinder, OkCupid, Plenty of Fish and other dating apps in 190 countries, has about 50 million daily users, according to a Refinitiv estimate.

Shares of Match Group were down nearly 6% on the news. Match’s parent IAC was down more than 3%.

Facebook expects to launch the dating service in Europe by early 2020, in addition to the 20 countries where it is presently available.

Yahoo down for six hours, users vent out on Twitter