Minist­er says PTI and its ally are on the same page
By Rija Fatima
Published: February 9, 2020
Tweet Email 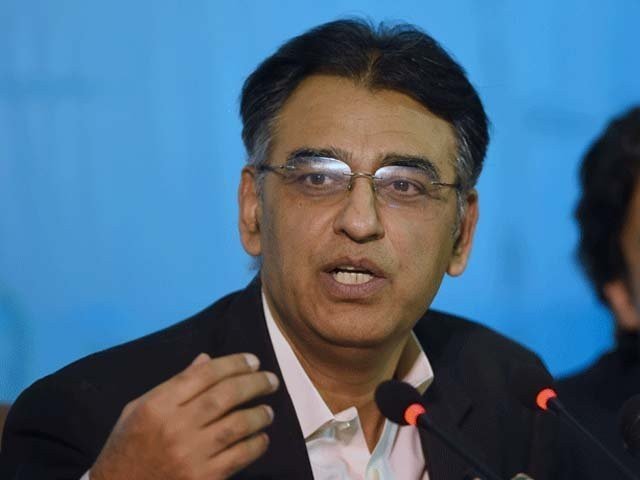 KARACHI: Federal Minister Asad Umar on Sunday denied any conflict with coalition partner MQM-P – a couple of days after he had maintained that Karachi belonged to his party PTI instead of its disgruntled ally as it had bagged more votes in the metropolis.

“The PTI government and the MQM-P are on the same page to remedy the ‘injustice’ faced by the city,” the planning, development and special initiatives minister told reporters after inaugurating a hospital in the Lyari neighbourhood of Karachi.

Umar is part of the team formed by the prime minister to negotiate with the ruling party’s disillusioned allies in Sindh.

Despite holding a series of meetings with the MQM-P leadership, the PTI has been unable to address the reservations of its Karachi-based ally. MQM-Convener Khalid Maqbool Siddiqui had announced his resignation from the post of federal minister last month to push for his party’s demands.

Umar and Federal Maritime Affairs Minister Ali Zaidi also met MQM-P MNA Syed Aminul Haque at his residence to condole with him over the demise of his mother. Speaking to the media there, both ministers reiterated that there were no disagreements between the PTI and the MQM-P

Zaidi said even brothers developed differences sometimes. “MQM will remain supportive of the PTI, he added.

“There’s no politics behind the delay in the city’s development,” he maintained, adding that the Centre was willing to work with “everyone” to serve the people.

The minister noted that the K-IV water project was vital for the city. “The Sindh cabinet is deliberating over it [the project].”

Umar added that the project would be launched as soon as the provincial cabinet forwarded its summary to the Centre, which would bear 50% of its cost.

Speaking on the federal government’s interests in Karachi post-18th Amendment, Umar underscored that the Centre was not “here to occupy” the city of lights. “We love the people of Karachi,” he added. “We consider it our own city.”

Commenting on the rising inflation in the country, Umar reiterated Prime Minister Imran Khan’s resolve to penalise those responsible for the surge in the prices of essential commodities.

The federal minister said that the premier was set to take a “major decision” this month to rein in inflation.

Umar said the PTI believed in political contest and hoped Lyari would “vote for change”.

Recalling Abdul Shakur Shad’s win, he added that the PTI proved critics wrong when they argued it would not find a candidate to contest from Lyari. “A common man made major changes,” he added.

Shad, a former PPP activist, made his way to the National Assembly as a PTI candidate after defeating PPP Chairman Bilawal Bhutto Zardari by bagging 52,750 votes in NA-246.