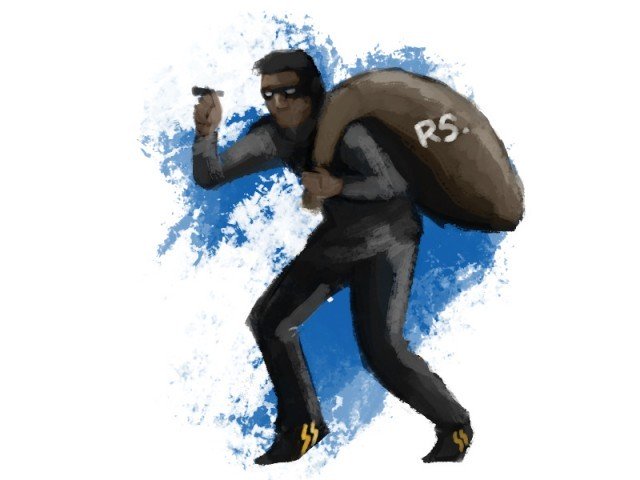 KARACHI: Unidentified armed men looted a utility store in Sharifabad early on Sunday morning, asking the shopkeeper to forgive them for their crime as they fled.

According to the shopkeeper, Atique, two men arrived at his store after he opened it in the morning, robbing it of two 10-kilogramme sacks of flour, at least 10 kilogrammes of pulses, 10 bags of cooking oil and ghee, and five kilogrammes of various spices. They also stole his mobile phone and cash on gunpoint, as well as looting another employee at the store when he arrived for work.

Atique narrated that before fleeing, the robbers asked him for forgiveness. Justifying their crime by saying they were in dire need, they added that this was the first time they had carried out such an act. “They said they would not have done such a terrible thing if they weren’t forced to by their need,” he said.

The shopkeeper said that both the robbers were young and had not covered their faces.

He complained that although he had informed the police immediately after the incident, they could not be arrested.

KMC responsible for cleaning city, not us, says Ismail