Indian soldier slips on snow near border, tumbles into Pakistan

Indian soldier slips on snow near border, tumbles into Pakistan 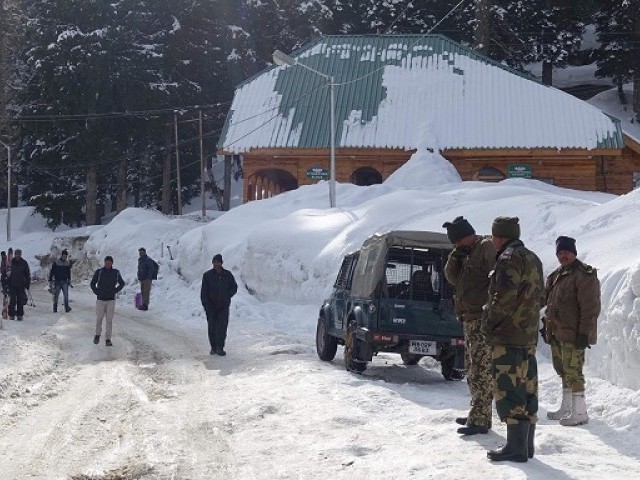 The family of an Indian soldier posted in the border area of Indian Occupied Kashmir (IOK), who inadvertently ended up on the Pakistan side after slipping in the snow, has demanded the Indian government to ensure his safe return.

According to Khaleej Times, Havaldar Rajendra Singh Negi was stationed in the Gulmarg area near the border and the incident occurred while he was on duty.

The report stated that Negi’s wife was informed by his unit last week that he was missing. It was later found that he had skidded on the snow and accidentally crossed the India-Pakistan border in IOK.

Havaldar Negi is a resident of Ambiwala Sainik Colony in Dehradun and had joined the 11 Garhwal Rifles regiment in 2002.

Sources claim the search and rescue operation of Negi is under way and all attempts are being made to bring him back safely from Pakistan.

It is not clear whether the missing soldier has been detained by Pakistani authorities.

Earlier this week, tensions heightened between the two nuclear-armed rivals when the new Indian army chief, Gen Manoj Mukund Naravane said his force would take steps to take control of Azad Jammu and Kashmir (AJK) if the Indian government gave such an order.

Kashmir has been a zone of war between the two states since time immemorial, but violence has been on the rise ever since India revoked Kashmir’s special status last year on August 5, 2019.