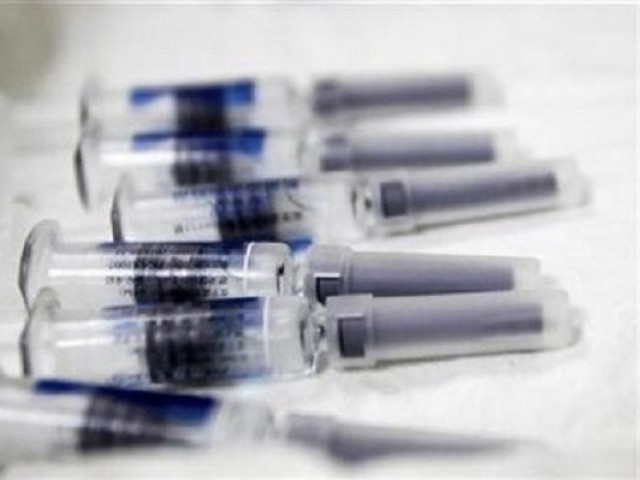 RAWALPINDI: An inquiry into the use of expired polio vaccines in the Dhoke Budhal village of Rawalpindi is focusing on the staff of the basic health unit for storing and administering expired vials of polio vaccine.

The inquiry report into how at least 50 children were administered the expired vaccine in the village is expected to be submitted to the Rawalpindi Deputy Commissioner Saifullah Dogar today (Thursday).

The Express Tribune on Wednesday learnt that an inquiry into the incident has been completed and the focus of its report is on the staff and storekeeper at the local basic health unit (BHU).

An anti-polio campaign had kicked-off in Rawalpindi along with the rest of the nation on Monday. But just half an hour after the campaign commenced in the village, it was brought to screeching when the BHU staff realised that the vaccine they were administering had expired a month ago.

The news of the incident went viral on social media even as the immunization teams informed the District Health Authority (DHA) Chief Executive Officer (CEO) Dr Sohail Chaudhry about the mix-up. Dr Chaudhry immediately ordered to halt the campaign in the village and its adjoining areas.

The Rawalpindi DC rushed to the area and took into his custody all vials of the expired polio vaccine from 15 union councils in the Potohar region. Meanwhile, vials of fresh polio vaccine were provided to vaccination teams in these areas.

The inquiry team decided to file a case against the security guard of the BHU at the Rawat police station for allegedly leaking the video.

However, the police have refused to register a first information report (FIR) against the guard, contending that the matter did not fall in their domain. Rather, the health department officials have been asked to approach the relevant authorities in this regard.

Speaking to The Express Tribune on Wednesday, DC Dogar confirmed that the inquiry ordered into the incident has been completed and that he expects to receive its report today (Thursday).