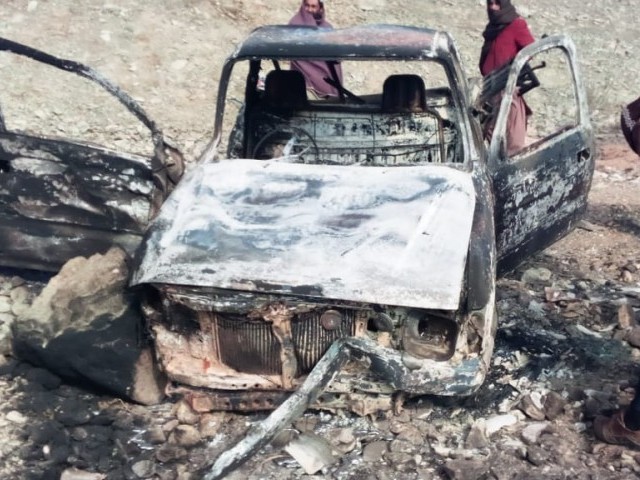 QUETTA: At least 15 people were killed in a collision between a passenger bus and pickup truck carrying petrol in Muslim Bagh of Qilla Saifullah district on Friday.

A fire erupted as a result of the collision and all passengers aboard were killed in the inferno. Following the fire, both vehicles fell off the road and into a ditch.

The victims have not been identified yet.

He directed the district administration to fully support the bereaved families and vowed strict action against those who violate traffic laws.

Kamal further stated that lack of action against petrol smugglers questions the efficiency of the administration.

“How did the oil carrier reach Muslim Bagh? he questioned and also asked why none of the law enforcement agencies could stop the vehicle on the way.

The chief minister ordered a thorough investigation in the matter and asked that a report be submitted to him within 24 hours.

Earlier this year, at least six people were killed and 20 injured after a head-on collision between three passenger buses in the Ornach area of Khuzdar district.

Deputy commissioner Khuzdar confirmed the incident and said that the coaches were on their way to Karachi and were coming from Khuzdar, Quetta and Panjgur.

“The driver of the bus was killed in the accident along with other passengers. Women are also among the dead.”

An emergency was declared in the local government hospital of Khuzdar.