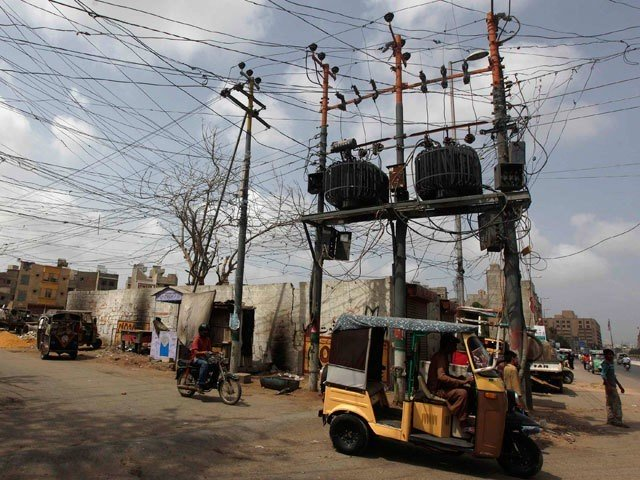 ISLAMABAD: The National Electric Power Regulatory Authority (NEPRA) imposed a fine of Rs50 million on the K-Electric (KE) after its investigations revealed that 19 people were electrocuted to death “due to lack of earthing of LT/HT poles and leakage of current from the distribution facilities of KE”.

In a statement issued on Wednesday, the regulatory body also directed the KE to complete the earthing and grounding of its distribution system by April 2020, besides directing the utility company to carry out a third-party audit of its distribution system. The KE has also been directed to complete its internal investigation and fix responsibility on its employees and management and submit its final report to the authority.

Karachi had received heavy rainfall between July 29 and 31, and then again between August 10 and 12, earlier this year. According to the statement issued by NEPRA, the regulator had come to know through print and electronic media that scores of people lost their lives due to electrocution and power supply remained suspended for long durations during these days. Subsequently, the authority had initiated a formal investigation to ascertain the facts and causes of fatalities and determine whether any violation of NEPRA laws had been committed by the KE.

On Tuesday, NEPRA announced its investigation committee’s findings, which held the KE responsible for 19 out of 35 electrocution cases and breakdown of power supply for long durations in Karachi.

In its statement, the Nepra said that among other violations of terms and conditions of KE’s license and NEPRA laws, 19 fatalities occurred due to lack of earthing of low tension and high tension electricity poles and leakage of current from the distribution facilities. Therefore, the authority had decided to initiate legal proceedings against the KE. The power utility was also given the opportunity of a hearing. Based on the evidence available on the record, submissions of KE and relevant provisions of the laws, the regulator issued its order on Tuesday.

In its order, the power regulator has observed that the KEL has failed to discharge its statutory obligation to maintain safety standards and ensure that distribution facilities do not cause leakage of current. “Design of distribution network of KE does not meet the design requirements as laid down in the relevant code and manual,” the order states. “Moreover, KE allowed telephone/TV/internet cable operators to use its distribution network in a hazardous manner for their purposes. Further, KE failed to report fatalities immediately after occurrence to the authority in a prescribed manner and also failed to restore the supply of electricity within the prescribed time limits,” it adds.

In response to the order passed by the power regulator, KE spokesperson Khayyam Siddiqi said that the power utility would submit a review with the NEPRA regarding the recent decision on the unfortunate incidents in Karachi.

“K-Electric is a law-abiding and responsible organisation which ensures compliance with all respective regulations and guidelines and is committed to providing safe and reliable power supply to its customers,” said Siddiqi.

Cops lodge another FIR against KE over electrocution death

“There are a number of primary and underlying external factors that compromise the integrity of the power infrastructure,” he continued. “These include illegal kundas, unauthorised use of power infrastructure by cable TV and internet service providers and standing water around electricity infrastructure. These factors bypass electrical safety mechanisms thus creating public safety hazards. KE feels that these factors warrant serious attention,” Siddiqi explained.

He added that the KE continues to regularly conduct kunda-removal drives across the city and this year alone removed more than 200,000 kilograms of kundas. The power utility has written to Karachi Commissioner and the PEMRA Chairman, requesting that necessary measures be taken before the next monsoons to prevent water-logging and enable the power utility to provide the best service possible, said Siddiqi.