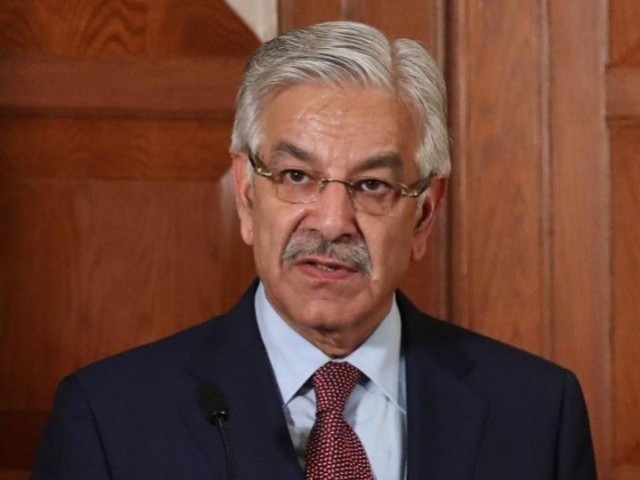 ISLAMABAD.: In a National Assembly session marred by kerfuffle, the main opposition party – the PML-N – on Monday announced a boycott of future legislation in parliament in a move that could scuttle a possible government plan to introduce a constitutional amendment in the house.

Last month, the Supreme Court gave the government six months to introduce legislation on the extension/reappointment of a chief of army staff while ruling on a “public interest” petition against the reappointment of Gen Qamar Javed Bajwa as COAS.

Lawmakers from both sides of the aisle engaged in slugfest over a recent protest outside the Sharif family residence in London, with PML-N’s Khawaja Asif warning the ruling party against turning its “political rivalry [with the Sharifs] into a personal enmity”. And in an angry retort, Communications Minister Murad Saeed told the PML-N to stop defending the former kleptocrats.

The house convened a day after a group of protesters gathered outside Avenfield flats in London, where ailing PML-N supremo Nawaz Sharif is staying. They carried placards against Nawaz and raised slogans in favour of Prime Minister Imran Khan.

Raising the issue in the house, Asif delivered a fiery speech in which he accused the ruling party of disregarding “the sanctity of the house”. In the same breath, he warned the PTI that “no house will be safe, if the sanctity of Nawaz’s or any other politician’s house is violated.”

“We know the names of all the protesters. They will be exposed at an appropriate time,” he said. “We know who had orchestrated the attack,” he added. “The message given to us is declaration of war. We are ready for it, but the system will suffer,” he warned. “It is a dangerous precedent,” he told the PTI. “Do not turn political rivalry in personal enmity.”

Asif said his party would not take part in any legislative process in parliament nor would it negotiate with the government on key appointments in the Election Commission of Pakistan (ECP) which has virtually become dysfunctional following recent retirements.

Former prime minister Raja Pervaiz Ashraf of the PPP supported the PML-N and demanded an investigation into the London protest. Minister of State Hammad Azhar said the PTI condemned the London incident.

Murad Saeed also said that the PTI condemned the London protest, but accused the Sharif family of financial corruption. “These big palaces have been built with the money stolen from Pakistan,” he said. “They lecture us on sanctity of vote and then request for permission for him [Nawaz] to fly abroad,” he said. “Khawaja Asif has to ask that in 35 years Nawaz could not build a hospital in which he could be treated.”

While referring to a new corruption scandal recently revealed by the PM’s aide on accountability, Murad said that one person, Manzoor Paparwala, who had never been to even Karachi, had sent billions of rupees from London. “The money was transferred to Pakistan through TTs [telegraphic transfers]” he said.

Referring to a story published by Daily Mail about allegations of corruption against Shahbaz Sharif, he asked the PML-N president to file a damage suit against the British paper. He said the ruling party was ready for a charter on the issues of people if the opposition stopped defending the “corrupt family”.

Earlier, the water resources minister informed the house that the construction of new dams was the only solution to the issue of sea intrusion in Sindh.

In a written reply, he said that experts unanimously recommended that 5,000 cfc water should be discharged into the sea daily. In June, July and August, excess water was available but for the remaining nine months, water was not enough for even irrigation.

The industries and production ministry said the federal government had approved Rs4.1 billion for the salaries of 9, 477 workers of the Pakistan Steel Mills. The salaries had been paid till September 2019, and the finance department was releasing salaries for October 2019, it added.

The session was adjourned until Tuesday (today).