Dr Firdou­s Awan's remark­s come a day after PML-N stress­ed over the need for an 'in-house change' of the govern­ment
By News Desk
Published: December 8, 2019
Tweet Email 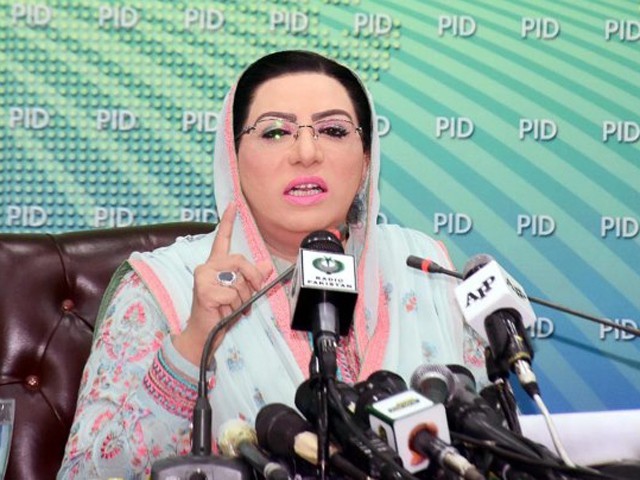 Dr Firdous Awan's remarks come a day after PML-N stressed over the need for an 'in-house change' of the government. PHOTO: PID

Special Assistant to Prime Minister (SAPM) on Information and Broadcasting Dr Firdous Ashiq Awan has said it is ironic that Pakistan Muslim League-Nawaz (PML-N) leaders, who gathered in London for consultations on legislative matters, included those who are wanted by law.

Taking to microblogging site on Sunday, the PM’s aide said that the entire PML-N leadership had gathered at the residence of absconders. “However, it is the right of the law to prosecute violators and fugitives, just as it is a right of a prisoner to seek medical aid,” she said in the tweet.

Last year, an accountability court had declared former prime minister Nawaz Sharif’s sons – Hussain Nawaz and Hassan Nawaz – to be proclaimed offenders and ordered the issuance of non-bailable perpetual warrants of arrest against them.

Dr Firdous’ statement comes a day after the main opposition party stressed over the need for an in-house change of the government before holding fresh elections after the PML-N bigwigs met in London.

Legislation on extension in Army Chief’s tenure is of national interest: Firdous

A group of PML-N leaders, who landed in the British capital city earlier this week, held a consultative session presided over by party President Shehbaz Sharif to weigh their options over the legislation for extending the army chief’s tenure and discuss the political situation in the country.

They also discussed the delay in the appointment of the chief election commissioner and two members of the Election Commission of Pakistan (ECP).

It is pertinent to mention here that the PML-N high-level huddle was held at Maroush Garden on Edgware Road. Afterwards, the PML-N leaders inquired after party supremo Nawaz Sharif’s health at Avenfield apartments.