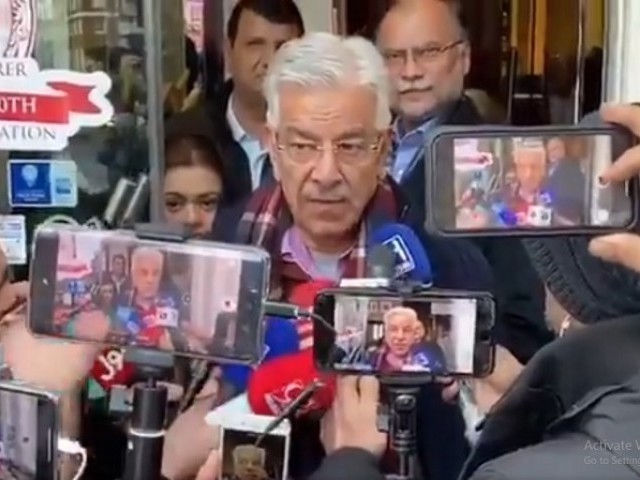 ISLAMABAD: Senior Pakistan Muslim League-Nawaz (PML-N) leaders have come down hard on the government of Prime Minister Imran Khan for mishandling the matter of army chief’s extension in a meeting held in London on Saturday.

Overall political situation in the country was discussed at the meeting, chaired by PML-N President Shehbaz Sharif.

Addressing the media after the meeting, Asif said the senior PML-N leaders visited ailing party supremo Nawaz Sharif at his Avenfield Apartments residence in the British capital. They were also briefed on the former prime minister’s health by his personal physician, he added.

Asif said a strategy on current political situation including the party’s future course of action with regards to recent political developments and expected parliamentary acts will be devised after today’s consultation with Shehbaz.

The government has been on the receiving end after tumultuous three days of grueling court proceedings, clerical gaffes, and legal lacunae last month, which at one point threatened to balloon into a serious crisis and lead to, what the prime minister called, a possible “clash of institutions”.

The Supreme Court gave it six months to legislate and iron out the lacunae in the reappointment or extension of tenure of an army chief – paving the way for the incumbent, Gen Qamar Javed Bajwa, to stay on until a new law determined his terms of service.

The ruling party has also been accused of deliberately rendering the Election Commission of Pakistan (ECP) dysfunctional so that the foreign funding case against it could be put off.