Educat­ion minist­er says there are severe intern­al rifts within the PPP govern­ment
By Our Correspondent
Published: December 7, 2019
Tweet Email 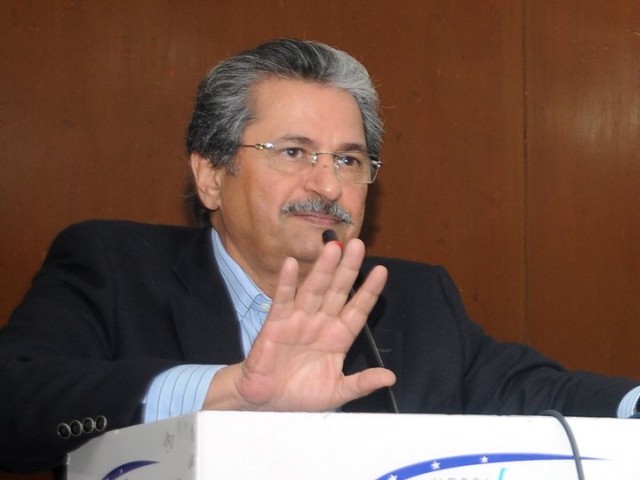 “There are severe internal rifts within the Sindh government … some people are against Chief Minister Murad Ali Shah, who is clearly disturbed with these differences,” Mehmood said while speaking to the media in Karachi.

He said there was nothing wrong in having differences with the government in a democratic manner. “According to my information, there are no efforts afoot to topple the Sindh government … it would only be replaced democratically when the time comes,” he remarked.

The Pakistan Tehreek-e-Insaf (PTI) leader said the country was now moving in the right direction with its economy finally stabilising. “Inflation however is still an issue and we are trying to keep it in check,” he added.

Recent statements by the Imran Khan-led party point to its renewed bid to dislodge the PPP government in Sindh.

The ruling parties in Sindh and at the Centre are at loggerheads ever since PPP’s top leadership including co-chairman Asif Ali Zardari and his sister Faryal Talpur were placed on the exit control list (ECL) by the federal cabinet earlier this year.

PM hits out at Sindh CM over ‘failed governance’

The former president and his sister have been arrested by the National Accountability Bureau (NAB) for their alleged role in a multi-billion rupees money laundering case.

On Friday, Prime Minister Imran met a delegation of parliamentarians from Sindh, belonging to PTI as well as allied parties, led by provincial Governor Imran Ismail.

Without mentioning any names, according to sources, PM Imran told the participants that proofs of corruption worth billions of rupees have surfaced, therefore, they were worried. “Accountability will take place and everybody’s turn will come. There is no place for the corrupt in Pakistan,” he said.

He said that elimination of corruption was the basic agenda of the PTI government. “Corruption will not be tolerated. Because of this menace the country lacked development,” he said. “I have come to wage a Jihad against corruption. There will be no deal, no doctrine of necessity.”