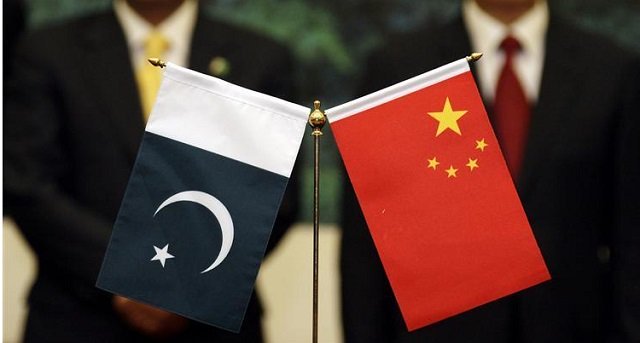 ISLAMABAD: The Chinese Embassy in Pakistan has strongly denied the contents of report by The Associated Press (AP) on alleged sham marriages and trafficking of Pakistani women to China.

In a statement, a spokesperson of the Chinese embassy dismissed the AP report as “groundless” and “not true”, and termed its intention “very suspicious”.

The AP report alleged that 629 girls and women from across Pakistan have been sold as brides to Chinese men and taken to China since 2018.

“It is clear that certain media has made [sic] groundless story again without full investigation and in respect of the facts. Its intention is very suspicious,” said the spokesperson.

“It is the same old stuff and not true. The Embassy would like to reiterate its clear position on the issue of transnational marriage. The Chinese government will protect legitimate marriages and combat crimes.”

China warns US of a ‘price’ for Uighur bill

The spokesperson clarified that “if any organization or individual commits a crime in Pakistan under the banner of transnational marriage, China supports the Pakistani side to crack it down according to Pakistani laws.”

“According to investigations by the Ministry of Public Security of China, there is no forced prostitution or sale of human organs happened to those Pakistani women who stay in China after marriage with Chinese. The Chinese Embassy in Pakistan has clarified the allegation earlier.

Actually, the Chinese side also sent a task force to Pakistan to carry out law enforcement cooperation with the Pakistani side, which is proved to be very effective,” the spokesperson said.

“We will never allow a few criminals to undermine China-Pakistan friendship and hurt the friendly feelings between two peoples. We also hope that media reports should seek truth from facts, be objective and fair.”

The original AP report also contained a statement from China’s Ministry of Foreign Affairs which conveyed Beijing’s “zero tolerance” for any such illegal activities.

“The two governments of China and Pakistan support the formation of happy families between their people on a voluntary basis in keeping with laws and regulations, while at the same time having zero tolerance for and resolutely fighting against any person engaging in illegal cross-border marriage behavior,” the ministry said in a statement to AP.