China warns US of a 'price' for Uighur bill

China warns US of a 'price' for Uighur bill 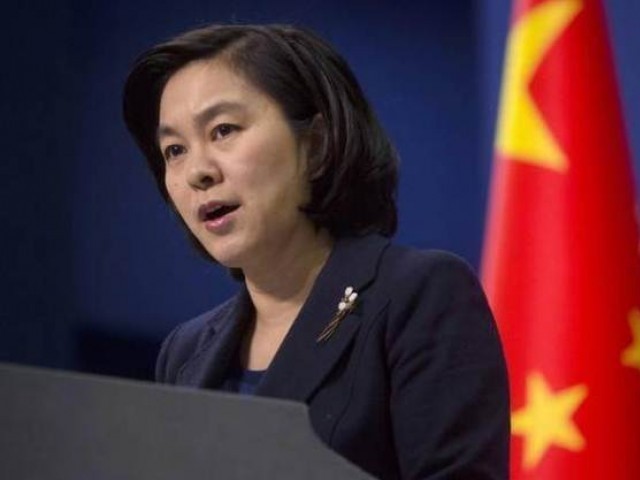 BEIJING: China warned on Wednesday that a “price must be paid” after the US House of Representatives overwhelmingly passed legislation seeking sanctions against senior Chinese officials over the alleged crackdown on mainly Muslim Uighurs in Xinjiang.

The legislation adds to tensions between the two superpowers just as they are locked in negotiations to finalise a “phase one” deal to resolve their protracted trade war.

US President Donald Trump had already angered Beijing after he signed legislation supporting pro-democracy protesters in Hong Kong, prompting China earlier this week to impose sanctions on US-based NGOs and suspend future visits by US warships to the semi-autonomous territory.

Hours after the Uighur Act of 2019 passed the US House late Tuesday, the Chinese foreign ministry said the bill should not become law and issued an ominous warning: “For all wrong actions and words… the proper price must be paid.”

China’s vice minister of foreign affairs also later summoned William Klein, acting US charge d’affaires in China, to lodge a protest.
In response to Klein’s meeting with vice minister Qin Gang, a US embassy spokesperson said the US would continue to call on Beijing to “end its draconian policies that for more than two years have terrorised its own citizens in Xinjiang.”

The legislation condemns Beijing’s alleged “gross human rights violations” linked to the crackdown in the northwestern region of Xinjiang, where upwards of one million Uighurs and other mostly Muslim minorities are believed to be held in re-education camps.
The measure, which passed 407 to 1, is a stronger version of the bill that cleared the Senate in September. The texts must be reconciled into one bill for Trump’s signature.

The latest US House measure condemns the arbitrary mass detention of Uighurs and calls for closure of the re-education camps where, according to rights groups and US lawmakers, they have been held and abused.

The bill notably urges Trump to slap sanctions on Chinese officials behind the Uighur policy, including Chen Quanguo, the Communist Party chief for Xinjiang.

“Today the human dignity and human rights of the Uighur community are under threat from Beijing’s barbarous actions, which are an outrage to the collective conscience of the world,” House Speaker Nancy Pelosi told her colleagues shortly before the vote.
When asked if the bill could impact trade talks, Chinese Foreign Ministry Spokesperson Hua Chunying did not directly answer the question.

But she said there was “no way this can have no effect on China-US relations as well as the two countries’ cooperation in important areas”.
Replying to a question during the Wednesday press briefing, the Chinese spokesperson said: “With regard to Hong Kong and Xinjiang, we have also stated the Chinese government’s solemn position repeatedly. No one should underestimate the Chinese government’s resolve and ability to safeguard national sovereignty, security and development interests.”

The Chinese government has the resolve and ability to safeguard national sovereignty, security and development interests, according to an official statement issued by the Chinese foreign ministry.

“Attempts to contain China with Hong Kong or Xinjiang issues will prove to be nothing but day-dreaming,” she added.

In an earlier statement, Hua said the bill “wantonly smears China’s efforts to eliminate extremism and combat terrorism” in Xinjiang.
Thomas Massie, the sole member of Congress to vote against both the Hong Kong and Uighur bills, said he did so because he considered the issues to be Chinese domestic affairs.