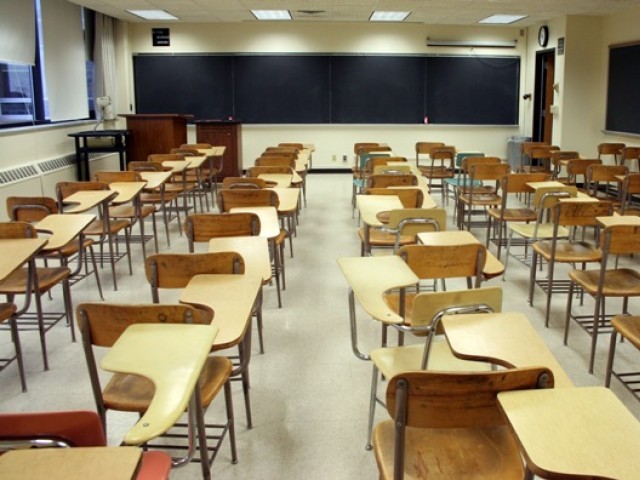 HYDERABAD: More than 400 government schools in Badin district are operating in dilapidated and dangerous buildings, reflecting continued neglect of the provincial government towards such schools. Badin Deputy Commissioner Badin Muhammad Hafeez Siyal shared these statistics during a hearing in the Sindh High Court (SHC) in Hyderabad on Wednesday.

The court was hearing a petition of Badin’s Asim Panhwar who prayed the court for the renovation of his village’s crumbling school building. “The above situation is not only disappointing but is extremely alarming,” the bench observed.

The court observed that the Education Department neither seemed aware nor interested in the dangerous situation in which the students have been forced to go to school. Siyal told the court that more than 400 government schools in Badin required repairs and renovation on an urgent basis.

“Most of the said schools are in a dangerous and dilapidated condition,” the DC revealed, adding that the classes are mostly held in the open spaces outside the school buildings. The DC and other education officials informed the court that the Sindh government has not released the funds for repair and renovation for the last four years.

The Hyderabad Circuit Bench put Sindh Secretary Education on notice for the next date of hearing. He has been ordered to bring a detailed report about the steps taken for maintenance, repair and uplift of the school buildings in Badin. “Since this is a very serious and sensitive matter, stern action will be taken against all officers responsible for the situation,” the court warned.

The bench stated that the education department is under obligation to ensure that education was provided to the students in a healthy and safe environment, which was their fundamental right guaranteed by the Constitution. The court adjourned the hearing to December 10.