Facebook will now pay you $600 a year for your opinion

Facebook will now pay you $600 a year for your opinion

Paymen­ts are made via PayPal, once the user has comple­ted a set number of points in its progra­m
By Tech Desk
Published: November 28, 2019
Tweet Email 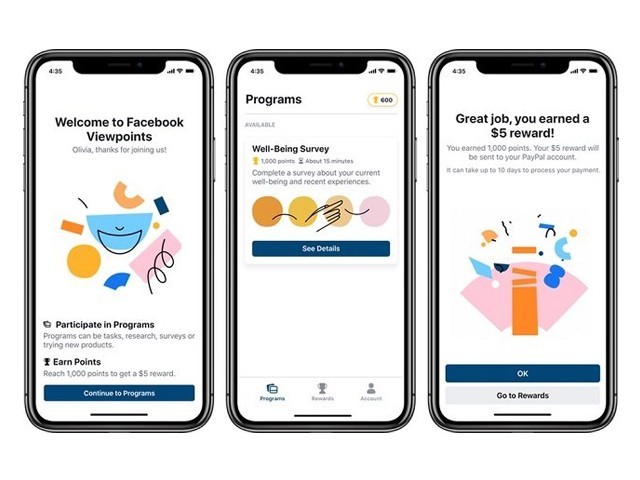 The social media giant has been under fire for halting apps that collect user data for market research purposes, this time around the company is giving back to its users for their voluntary feedback.

The company took to its blog to announce its new app called Viewpoint, which is a new market research app that pays users up to $600 a year in exchange for filling out surveys and completing other tasks.

“Information from this survey will help us build better products that aim to limit the negative impacts of social media and enhance the benefits,” stated Facebook.

Payments are made via PayPal once the user has completed a set number of points in its program, however, the point system is not clear and as per the terms of service “some rewards may have no cash value.”

The research app is much more than just surveys, users are also required to complete various tasks from using products to assisting the company’s artificial intelligence technology.

The social media giant has faced scrutiny over its virtual private network app, Onavo in the past, that was allegedly being used to spy and gather information about user’s browsing history and kept an eye on competitors like Snapchat and WhatsApp.

Therefore, it will be interesting to see how the Viewpoints app plays out and is received by the public and regulators.

This article originally published on Mashable.