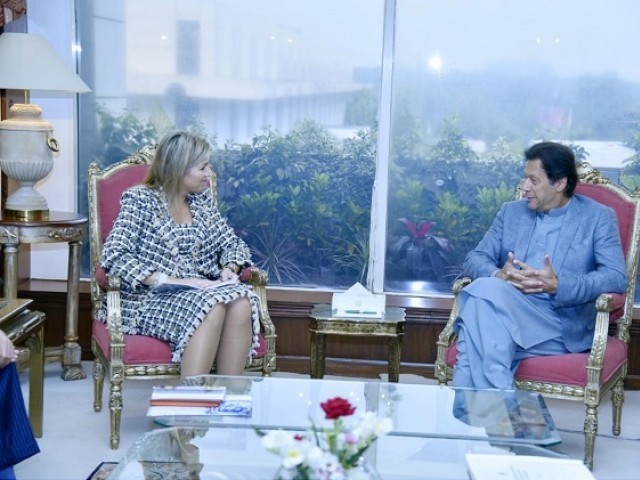 Queen Maxima of the Netherlands, who landed in Islamabad a day earlier on a three-day visit, called on Prime Minister Imran Khan at his office in Islamabad and appreciated his government’s efforts for promoting financial inclusion in the country.

Dutch Queen, in her capacity as the UN Secretary General’s Special Advocate (UNSGSA) for Inclusive Finance for Development, reiterated her support for poverty alleviation and inclusive economic development, said a statement by the PM Office on Tuesday.

These initiatives, he added, “are aimed at promoting financial inclusion especially for women and young people, with the ultimate goal of poverty alleviation, inclusive economic development and women empowerment.”

Appreciating PM Imran’s efforts of prioritising access of women to finance and digitising government payments and procedures, Queen maxima stressed the need for promotion of “Fintech – the use of technology in financial services – while safeguarding privacy and ensuring security and efficiency.”