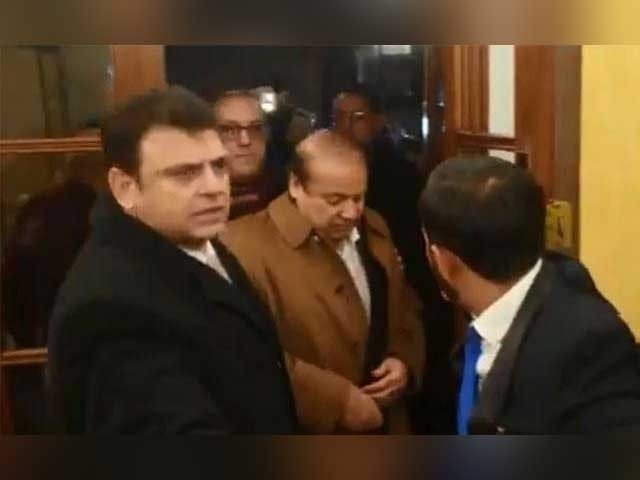 Former prime minister Nawaz Sharif underwent a medical checkup at a hospital in London on Monday, a day after arriving in Britain’s capital on board an air ambulance from Lahore.

He was accompanied by his sons, Hasan and Hussain Nawaz during his visit to the Guy’s and St Thomas’ NHS Foundation Trust, sources said, adding that several appointments had been made for his tests, including blood, sugar levels, heart, and kidney.

Nawaz landed at London’s Heathrow airport in Tuesday evening after a brief stopover in Doha. From Heathrow, he went straight to the residence of his sons, the Avenfield Apartments, where several party workers, as well as family members, had gathered to welcome him.

According to the former premier’s personal physician Dr Adnan Khan, his condition has improved. However, he added, any decision about his treatment would be taken after medical test results.

The 69-year-old, diagnosed with an immune system disorder, was shifted to services hospital in Lahore last month after his health condition deteriorated, while serving a seven-year sentence in Kot Lakhpat jail.

The government had allowed Nawaz’s travel for medical reasons, but put the condition that he submit an indemnity bond of Rs7-7.5 billion as guarantee that he would return to the country after getting treatment. Nawaz, however, rejected the condition.

He had been granted bail by the Islamabad High Court on humanitarian grounds in the Al Azizia case and by the Lahore High Court in the ongoing Chaudhry Sugar Mills case, in which he is a suspect. Last week, he was allowed by the LHC to travel abroad for treatment – for four weeks –  without submitting any indemnity bond.