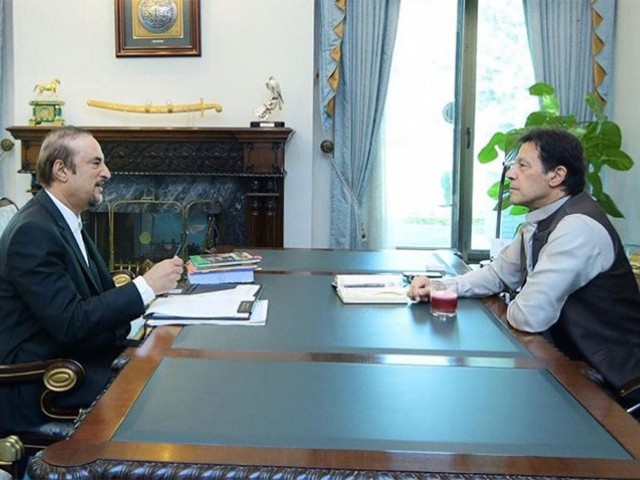 Awan said the premier has reassured of the government’s commitment and said, “State comes first and then comes politics.”

“We will not let the state become weak. In the eyes of law, everyone is equal and the same law is applied to everyone.”

“The dharna is a violation of the Supreme Court’s decision. The protesters had conditional permission for the jalsa only and not to stage a dharna.”

“Because of JUI-F Chief Maulana Fazlur Rehman, Kashmir cause has vanished from the scene,” the PM added in the meeting with Awan.

The former law minister also stated that an improvement in the economy is the actual reason behind Fazl’s sit-in.

Strengthening state institutions was also among the agendas of the meeting to which Awan said, “The stability of Pakistan is associated with the institutions.”

Awan also felicitated the premier over timely completion of the Kartartpur Corridor saying that it will be an excellent example of inter-religious harmony.

Furthermore, discussions on the country’s economy were also held and the PM reiterated that efforts made by the incumbent government have started yielding results.

The prime minister said that there has been a 32 per cent decline in current account deficit, with an increase in exports and a decline in trade deficits.