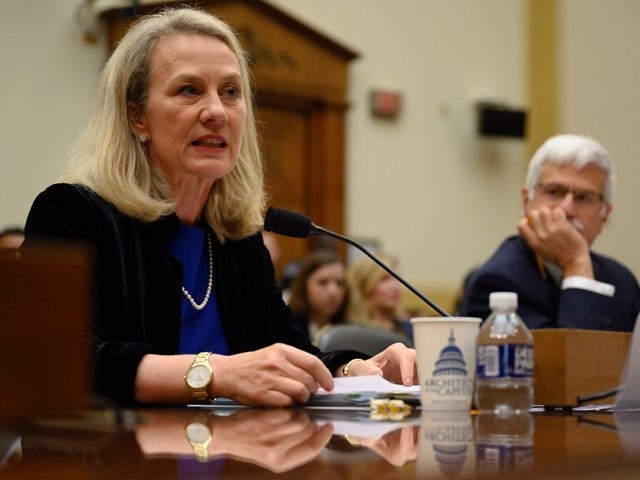 KARACHI: The United States has pressed India to respect human rights in occupied Kashmir as well as the universal right to religious freedom and immediately restore normal life in the valley by lifting the communications blockade there.

It has also raised the issue of the detention of residents and political leaders in the disputed territory with New Delhi.

Pakistan was also criticised during a congressional hearing on human rights in South Asia, but nearly all US lawmakers directed their questions towards India, which abrogated Jammu and Kashmir’s decades-old autonomous status on August 5.

“We have urged Indian authorities to respect human rights and restore full access to services, including internet and mobile networks,” Alice Wells, US acting Assistant Secretary of State for South and Central Asian affairs, said at the Pacific and Nonproliferation Subcommittee hearing on “Human Rights in South Asia: Views from the State Department and the Region” on Capitol Hill in Washington Tuesday. 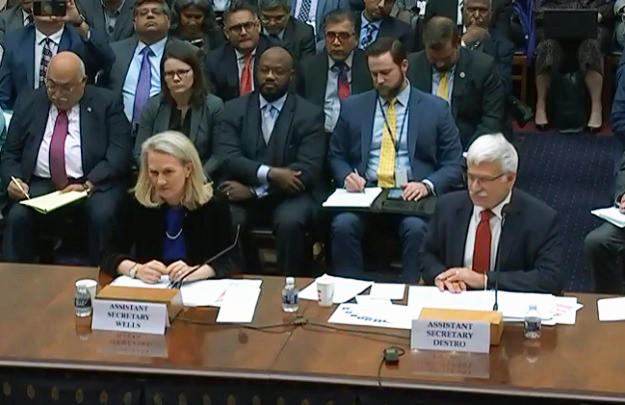 She said although both foreign and local journalists have extensively covered developments in Indian Occupied Kashmir (IOK) since the revocation of Article 370, but many had faced challenges in having access to the valley and reporting because of security restrictions.

“While exact figures are difficult to ascertain, we understand several thousand people have been detained over the past two months without charges – under the Public Safety Act, which allows for administrative detention of up to two years,” said Wells.

Speaking on the occasion, Assistant Secretary of State in the Bureau of Democracy, Human Rights and Labour Robert Destro also expressed concerns over the detention of local political leaders and activists, as well as the internet blackout in IOK.

We have consistently engaged the Government of #India on our concerns over security measures in the state of J&K, including restrictions on movement, communications blackouts, & continued detentions, including of local political leaders.

“Since the August 5, revocation of Articles 370 and 35A of the Indian constitution, we have urged the Indian government to balance its security priorities with respect for human rights,” he remarked.

Ambassador Wells said the security situation in occupied Kashmir remained tense, adding that clashes between the Kashmiri youth and Indian security forces were a regular occurrence.

The US diplomat also welcomed Prime Minister Imran Khan’s recent ‘unambiguous’ statement that any bid to “wage jihad in Kashmir” would be an act of extreme enmity towards the Kashmiris and Pakistan.

She said both President Donald Trump and Secretary Mike Pompeo had met and spoken with their Indian and Pakistani counterparts multiple times, including at the United Nations General Assembly, to encourage dialogue.

“We believe that direct dialogue between India and Pakistan, as outlined in the 1972 Simla Agreement, holds the most potential for reducing tensions. History shows us what is possible. During the 2006-2007 backchannel negotiations, India and Pakistan reportedly made significant progress on a number of issues, including Kashmir.”

Wells noted that the increasing number of incidents of unclassified violence and discrimination against minorities in India, including cow vigilante attacks against members of the Dalit and Muslim communities, and the existence of anti-conversion laws in nine states, were not in line with New Delhi’s legal protection for minorities.

“We encourage the Indian government to fully uphold the universal right to religious freedom; protect vulnerable individuals, including the 1.9 million people in Assam at risk for statelessness because of questions about their citizenship; condemn all incidents of violence; and hold the perpetrators accountable.”

Destro pointed out that a recent US report on human rights practices in India highlighted the eroding freedom of expression in the country. It also reported about the Indian government’s silence on direct attacks on free speech. “Some sedition and criminal defamation laws have been used to prosecute citizens who criticise government officials or oppose state policies,” he added.

Destro also voiced his concerns over violence against members of religious minority groups and lower castes in India, saying the US was actively monitoring incidents of such nature, including whether the government responded appropriately or not.

“Authorities often fail to prosecute perpetrators of cow vigilante attacks, which include killings, mob violence, and intimidation, particularly against Muslims,” he remarked, adding that senior US officials had encouraged the Indian government to uphold its domestic and international human rights obligations and commitments.

The US diplomats also observed some troubling trends within Pakistan, including shrinking space for civil society and media freedom in recent years. “Pressure on the media and civil society – including harassment, threats, and financial and regulatory action, has increased over the past year,” said Ambassador Wells.

“We continue to urge the Pakistani government to uphold the rule of law and the freedoms enumerated in the Pakistani constitution,” she added.

Destro welcomed Prime Minister Imran’s desire to combat corruption and poor governance, but noted that, one year into his administration, human rights abuses persisted in the country including restrictions on civil society, overly strict regulations on international NGOs, severe harassment of journalists, blasphemy laws that curtailed fundamental freedoms, and overt discrimination against members of minority groups.

He said the government continued to threaten and harass journalists who criticised its policies. “Unknown actors continue to carry out violence against journalists who report on sensitive issues,” he added.