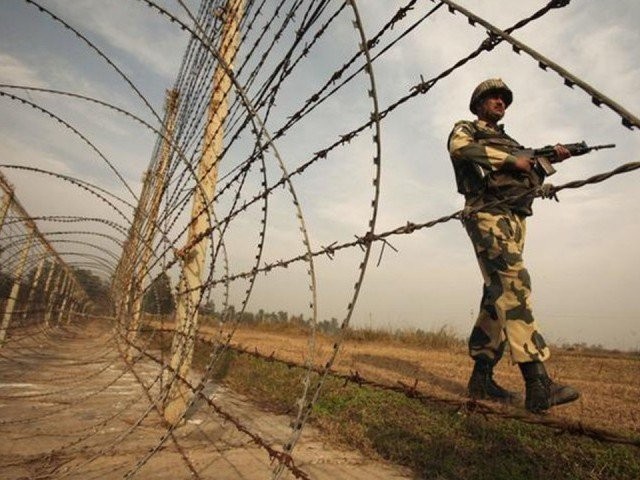 PHOTO: REUTERS/FILE
Nine soldiers of the Indian Army were killed and several others injured as the Pakistan Army "effectively responded" to New Delhi's unprovoked ceasefire violations along the Line of Control, the Inter-Services Public Relations (ISPR) said on Sunday.

He said one Pakistani soldier and three civilians were martyred in the exchange of fire, while two soldiers and five civilians suffered injuries.

Two of the five injured civilians succumbed to their injuries later, raising the number of civilian deaths to five.

Maj Gen Ghafoor said the Indian army was targeting innocent civilians in "an attempt to justify their false claims of targeting alleged camps."

Targeting innocent civilians by Indian Army is an attempt to justify their false claims of targeting alleged camps. Injured civilians evacuated to District hospitals. UNMOGIP as well as domestic & foreign media have open access to AJK, a liberty not available in IOJ&K. pic.twitter.com/mTyxCteYti

He asserted that India's ceasefire violations would always garner a befitting response from Pakistan. "Pakistan Army shall protect innocent civilians along LOC & inflict unbearable cost to Indian Army," he said.

Indian Army shall always get befitting response to CFVs. Pakistan Army shall protect innocent civilians along LOC & inflict unbearable cost to Indian Army. Indian lies to justify their false claims & preparations for a false flag operation will continue to be exposed with truth.

Maj Gen Ghafoor said India's attempts to lay the ground for a false flag operation and would "continue to be exposed with truth."

He added that the Indian military was now "raising white flag" as it faced difficulties in retrieving the dead and evacuating the injured.

The ISPR chief warned the Indians to "think before initiating unprovoked CFVs" and urged them to "respect military norms" that call for protecting innocent civilians.

He denounced the Indian media for "falsely claiming targeting of alleged camps" in Pakistan. He challenged the Indians to "get access to IOJ&K & have moral courage to cover damages caused by Pak Army."

Typical of Indian media falsely claiming targeting of alleged camps. Get access to IOJ&K & have moral courage to cover damages caused by Pak Army. All your previous claims met their fate so shall this one. Follow journalistic ethos of Pak Media for reporting with responsibility.

Indian COAS’ statement claiming destruction of 3 alleged camps in AJK is disappointing as he holds a very responsible appointment. There are no camps let alone targeting those. Indian Embassy in Pakistan is welcome to take any foreign diplomat / media to ‘prove’ it on ground.1/2.

The propensity of false claims by senior Indian military leadership especially since Pulwama incident is detrimental to peace in the region. Such false claims by Indian Army are being made to suit vested domestic interests. This is against professional military ethos.2/2.

Maj Gen Ghafoor advised Indian journalists to learn from their Pakistani counterparts as he urged them to follow journalistic ethics and report with responsibility.

Prime Minister Imran Khan strongly condemned the unprovoked firing by Indian security forces on civilian population along the Line of Control in a statement issued by the PM Office.

He prayed for the departed souls and early recovery of the injured.

The premier saluted the Pakistan Army for their bravery, valiance, and giving a befitting response to Indian security forces. 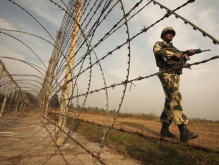 Fazlur Rahman | 9 months ago | Reply | Recommend Very difficult to count the dead on either side, as both sides claim victory. Better to add up the numbers from both the sides and then divide the result by 2, to get the average!
Replying to X
Saved ! Your comment will be displayed after the approval.
Error !
Error! Invalid Email.