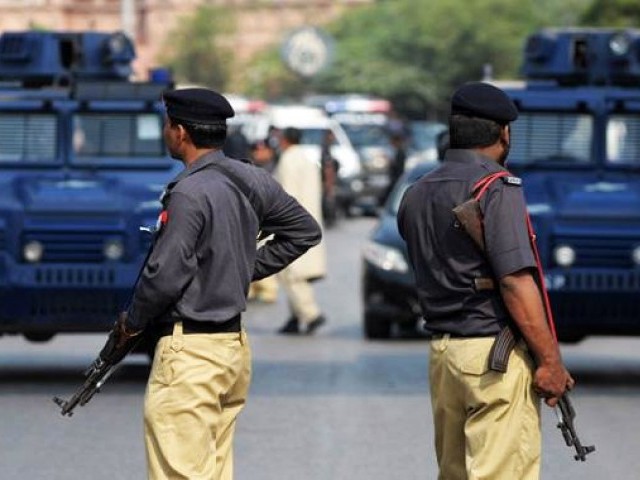 HYDERABAD: In the midst of an anti-encroachment operation in Qasimabad, the Hyderabad police allegedly left from the site when the anti-encroachment cell started demolishing an ice factory belonging to a police officer. Hyderabad Deputy Commissioner Ayesha Abro, who was leading the operation on court orders, was apparently irked by the withdrawing police officers and she called in the Rangers to provide security.

“Sindh IGP, Additional IGP and Hyderabad DIG should take notice,” she said while talking to the media on Noor Muhammad Shoro road where the anti-encroachment operation took place. She added that the Hyderabad SSP can better explain why the police suddenly left.

“However influential a person may be, if they encroach government land we will take action.”  She was later informed that Qasimabad DSP and SHO Naseem Nagar Police Station, who were deployed for security of the operation, left the place to provide security to Sindh Governor Imran Ismail who landed at Hyderabad airport to visit Cadet College Petaro, Jamshoro district.

According to the DC, the ice factory and a roadside restaurant, which were owned by Irfan Qureshi who is a family member of a Karachi-based police officer, were also obstructing the movement of traffic besides being built on encroached land. The road in question connects Hyderabad Bypass with Qasimabad.

Speaking to The Express Tribune, the Hyderabad SSP said that the media blew the issue out of proportion. He told that he spoke to the DC and explained her.

“Why should I take action against the police officers [who left the spot]?” he asked when questioned. He contended that the DSP and SHO took only one of the two police mobiles which were deployed for the operation’s security and that they returned back in around 15 minutes. “The police stayed there until the end of the operation.” He denied that any police officer influenced withdrawal of the police force.

IRSA consent for power plant has Sindh up in arms