PS-11 defeat: Has the Bhutto card lost its charm?

PS-11 defeat: Has the Bhutto card lost its charm? 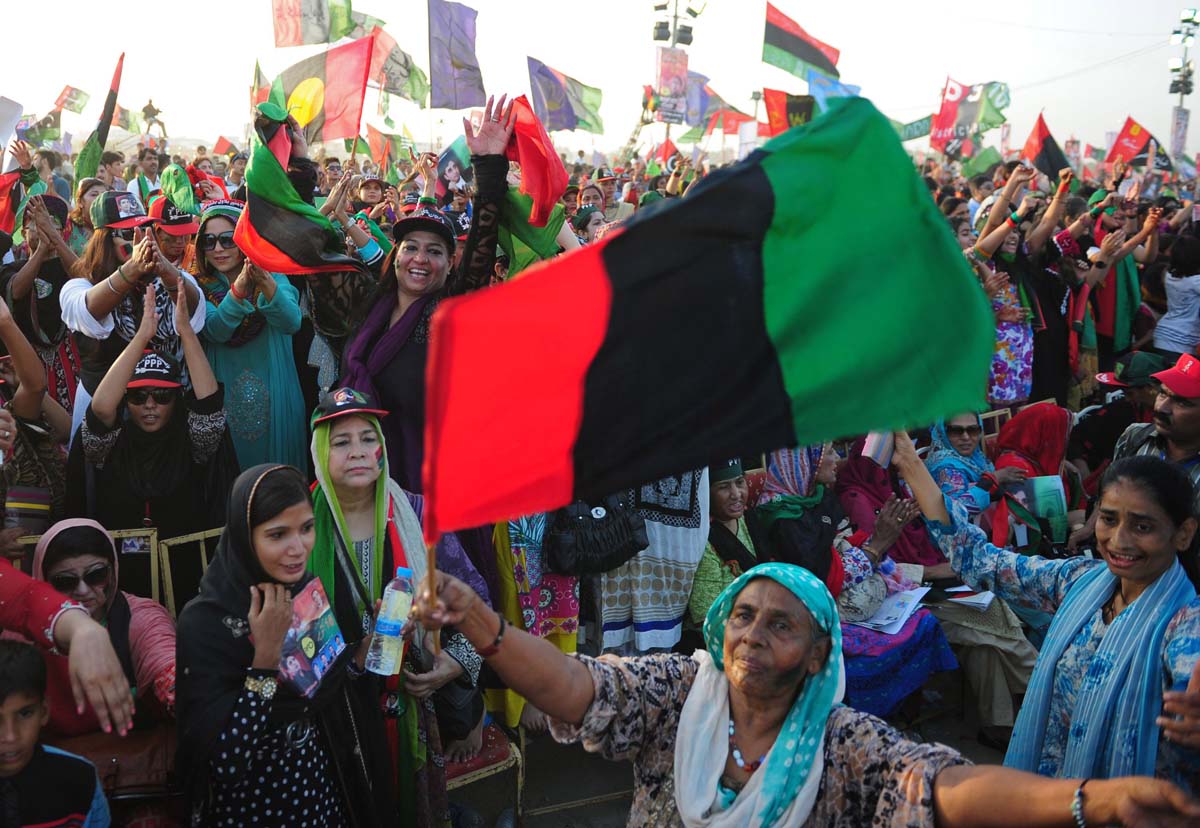 KARACHI: Thursday marked a historic turn in the fortunes of the Pakistan Peoples Party (PPP). Even though the party’s top leadership, including chairman Bilawal Bhutto Zardari, and his sisters, Bakhtawar and Aseefa, campaigned personally to secure the PS-11 Larkana seat for their candidate, all the energy they invested simply wasn’t enough.

In the end, PPP candidate Jameel Soomro, who happens to be Bilawal’s political secretary, lost the constituency to Moazzam Abbasi of the Grand Democratic Alliance (GDA) by more than 5,500 votes. But as the ruling party of Sindh cries foul and alleges the poll was rigged, its defeat in what was until now its traditional stronghold has triggered a debate in political circles on what actually went wrong.

Speaking to The Express Tribune, political observers and analysts in Sindh pointed to both the fielding of a weak candidate who did not cultivate a strong enough relationship with residents of the constituency and PPP’s bad governance overall as factors in the unprecedented defeat.

“Nothing else is to blame. It all boils down to the poor performance of the PPP government,” said senior journalist Manzoor Chandio, who is based in Larkana. “The PPP should stop spouting allegations and instead explain why it has failed to provide potable water and medicines to hospitals in Larkana for instance.”

“Why did the PPP leaders, elected by the people of Larkana, not visit the constituency once since the general elections? From poverty and hunger to lawlessness, the people here are suffering it all,” he added. “PPP lost because its leadership was overconfident and thought it could get away without doing anything for the people by simply invoking the Bhutto name alone.”

Others noted that it seems the PPP had learnt no lesson from its defeat in Lyari in the general elections. “It is not just the voter in Larkana, the whole of Sindh has been neglected by PPP,” said one PPP leader, who has served a stint as a provincial minister in Syed Qaim Ali Shah’s cabinet. “The political situation is changing rapidly because of social media. The PPP leadership, its young leaders, in particular, needs to revisit their policies and deliver some relief to the people of the province otherwise the party will be relegated to the history books.”

Speaking on condition of anonymity, another senior PPP leader also criticised the candidate selection. “Along with bad performance in government, the choice of a candidate simply was not good,” he said. According to him, the PPP leadership opted to pass over the party’s Sindh chapter president, Nisar Khuhro, who has a winning record from the constituency and awarded the ticket to Jameel.

“It was Bilawal’s choice,” the PPP leader said. “Larkana’s Shaikh community, which is a significant vote bank in the constituency, had requested the ticket for one of their own but no one in the top echelons of the party listened to them. This estranged local PPP leaders and resulted in a defeat for the party,” he added.

In contrast to Jameel, Moazzam had a considerably stronger profile as a candidate, observers pointed out. Not only is he the grandson of late PPP stalwart, Dr Ashraf Abbasi, who has the honour of being Pakistan’s first female deputy speaker of the National Assembly, but his father Haji Munawar Ali Abbasi also served several stints as provincial minister as well. Moazzam’s uncle, Safdar Abbasi, was also a close aide of Benazir Bhutto alongside his wife, Naheed Khan.

The fact that Moazzam was not just representing GDA but the Larkana Citizens Alliance comprising various other parties like the Jamiat Ulema-e-Islam Fazl also contributed to his success, the observers added. JUI-F, in particular, has emerged as a strong challenger to PPP in Larkana – the former’s candidate for the Larkana National Assembly seat Rashid Soomro managed to secured 50,000 votes against Bilawal in the general elections.

JUI-F leaders said the party would have very easily allied with PPP had it been approached. “We were part of the Citizens Alliance with GDA in the general elections so we decided to back them again. Had someone from the PPP approached us, we may have reconsidered,” said Rashid.

Officially, PPP leaders continue to press ahead with the rigging narrative. PPP Senator Taj Haider, who also heads the party’s central election cell, has already sent a letter to the chief election commissioner demanding justice. Haider, in the letter, alleged that force was used against the PPP candidate and his polling agents to prevent them from witnessing the counting process and signing Form 45. The senator also accused the DRO of submitting forged versions of Form 45 in the end.

This is not the first time PPP has lost the PS-11 seat. It previously lost the constituency to Mir Murtaza Bhutto upon his return to Pakistan in 1993.