‘Rallie­s from variou­s cities will conver­ge on Sukkur, from where partic­ipants will leave for Azadi March’
By ​ Our Correspondent
Published: October 18, 2019
Tweet Email 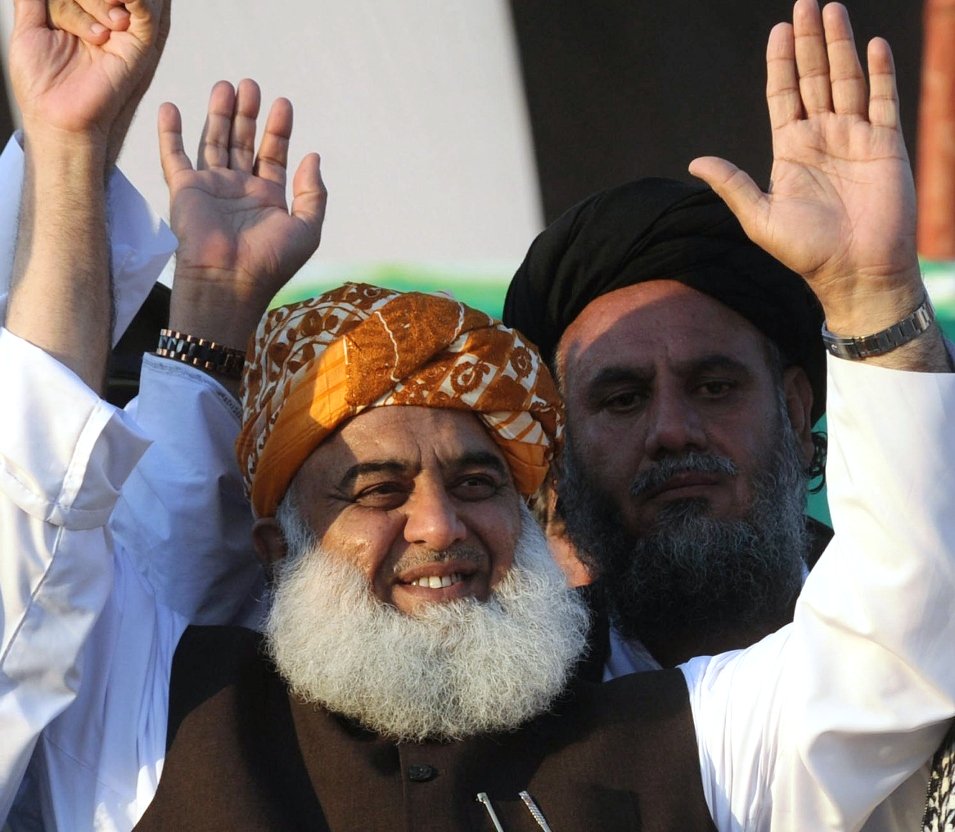 KARACHI: Ahead of participating in Azadi March, scheduled to take place on October 31 in Islamabad, Jamiat Ulema-e-Islam-Fazl’s (JUI-F) local leaders in different districts of Sindh have started a ‘Camel Caravan’ campaign. The campaign is aimed at mobilising the masses to attend Azadi March.

In connection with this, JUI-F leaders convened big shows in various districts of Sindh, including Sanghar, Thatta and Badin.

The rally, passing through various areas, culminated at Sanghar Press Club, where JUI-F leaders addressed it and shouted slogans against the Pakistan Tehreek-e-Insaf government.

Speaking about the campaign, JUI-F leader Qari Usman said that the Camel Caravan would enable the party workers and leaders to participate in the Azadi March “if Punjab and Khyber-Pakhtunkhwa governments place hurdles in the way to access [means of] transport].”

Talking to the media, JUI-F General Secretary Rashid Soomro said that around 460,000 people would participate in the Camel Caravan campaign. He added that a march, under the banner of the campaign, will start from Karachi on October 27 and will reach Sukkur the same day, in the evening.

“Almost all rallies and processions from various cities and towns of Sindh will converge on Sukkur, from where we will leave to attend the Azadi March on October 28, at 10 am,” he said, adding that it will be a historic moment.

The party’s general secretary informed the media personnel that JUI-F is arranging motorcycle and camel rallies, as well as holding public gatherings, in various areas to mobilise people for attending Azadi March.”

He said that the party members would protest and stage sit-ins if Punjab, Balochistan and Khyber-Pakhtunkhwa governments would create problems for them.