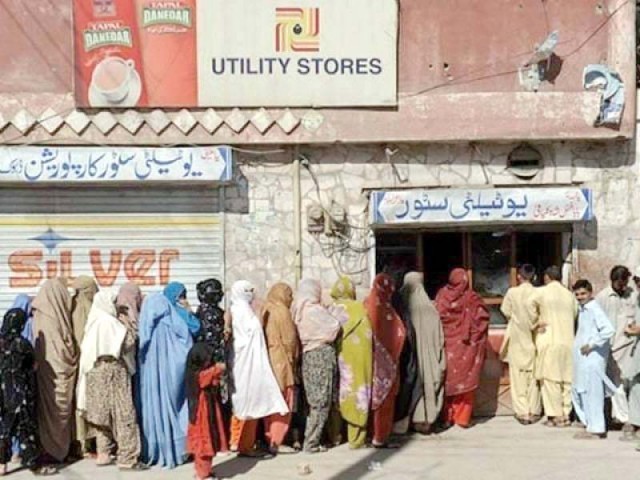 FAISALABAD: The Utility Stores Corporation Pakistan (USCP) has closed down more than 400 outlets in different cities of the country, including Faisalabad.

According to details obtained by The Express Tribune, there are 104 utility stores in Faisalabad while 10 of them have been closed. Sources added that authorities concerned are not paying attention to the condition of the stores and this neglect has left many stores insolvent.

At utility stores that are still operational, there is a shortage of essential items. Food items including rice, flour, cooking oil, mung beans, black grams, white grams and other essential commodities are unavailable.

Sources claimed that the utility stores have lost their credibility as service shops due to the prolonged shortage of essential items. Store outlets are operating in loss and the situation is critical to the point where many employees fear they might lose their jobs.

A store in-charge, who spoke on the condition of anonymity, said there are more than 100 stores in Faisalabad. “The sale of items has decreased over time. Previously, sales used to be in millions of rupees and it has now reduced to a few thousand rupees.”

Due to poor policies there is a very small margin between the prices of items in stores and those in the open market, he added.” Buyers of utility items shifted to the open market due to low subsidy on utility store items.”

An employee of a utility store said that consumers from low-income background have been left in the lurch. “Poor people set a monthly budget to buy essential items and these utility stores were the only ones they could manage their budget, but now many of them feel they are in trouble.”

An official of an employees union and Store Manager, Shahbuddin, said that the employees union often highlights the issue regarding poor condition of stores. “Office-bearers have written many letters to the chairman for betterment of the utility stores but he did not bother to work for the betterment.”

The employees union staged the biggest protest in Islamabad a few months ago, but nobody took heed, he added.