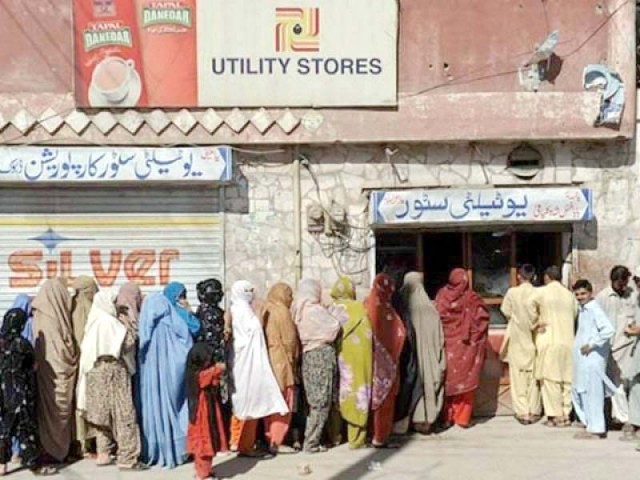 The Ministry of Industries and Production blamed the nomination of private-sector members on the USC board of directors for the loss, saying they had no experience of working with utility stores. PHOTO: FILE

ISLAMABAD: After Pakistan International Airlines (PIA) and Pakistan Steel Mills, another state-owned enterprise, the Utility Stores Corporation (USC), has turned into a defaulter, prompting the Ministry of Industries and Production to design a plan for shutting down 1,000 outlets and laying off 2,000 employees.

Earlier during the tenure of previous government run by the Pakistan Peoples Party, the USC had been running in profit and selling commodities to low-income families at a discount across the country.

However, now USC has switched from profit to loss that is running into billions of rupees. According to a senior government official, the Ministry of Industries has suggested that the government either announce a bailout package or shut 1,000 utility stores and lay off 2,000 staff workers.

Already, PIA and steel mills have been operating since long with critical support from bailout packages as their losses continue to mount.

USC recorded a loss of Rs1.36 billion in first quarter of the current financial year 2017-18 with negative equity of Rs1.808 billion and outstanding payments of Rs5.6 billion to vendors. Consequently, most of the vendors have stopped supplying goods to the utility stores.

However, after the Pakistan Muslim League-Nawaz (PML-N) government came to power in June 2013, USC’s earnings were wiped out and it incurred a loss of Rs202.32 million in 2013-14. Subsidy allocation also dropped to Rs12.544 billion.

The loss continued to swell reaching Rs3.94 billion in 2016-17. Sales also came down from Rs68.91 billion to Rs57.91 billion. The Ministry of Industries and Production blamed the nomination of private-sector members on the USC board of directors for the loss, saying they had no experience of working with utility stores.

Besides the absence of experience, the appointment of private-sector directors on the USC board also proved to be a conflict of interest.

Now, according to the official, the Ministry of Industries is going to submit a plan to the Economic Coordination Committee (ECC) for shutting down 1,000 retail USC outlets and laying off 2,000 employees to counter the growing losses. Income of these outlets has dropped to less than Rs0.1 million per month.

The official told The Express Tribune that the Ministry of Industries had also proposed a bailout package of Rs3.4 billion. USC has 5,500 retail outlets across the country and 14,500 employees.