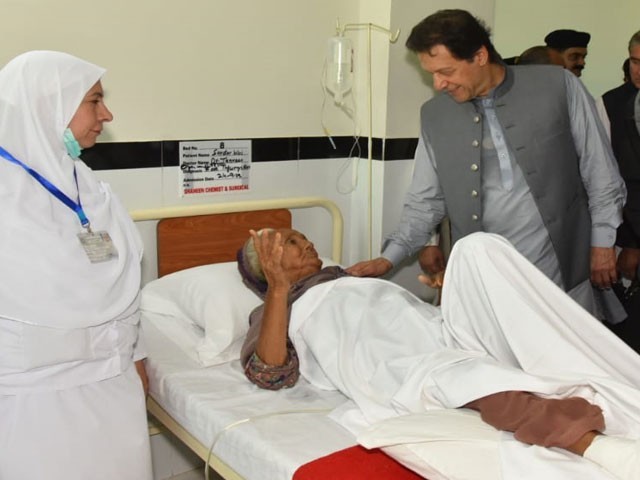 Prime Minister Imran Khan on Monday announced a relief package for the earthquake-affected people of Azad Jammu and Kashmir (AJK) after a powerful tremor in the region killed at least 39 people.

Death toll climbs to 37 as aftershocks continue in AJK

The premier reached AJK earlier today – after returning to the country from the United States – to express solidarity with the victims of the calamity. The premier chaired a meeting in Mirpur and was briefed relief activities in the region and the damage suffered following the quake. 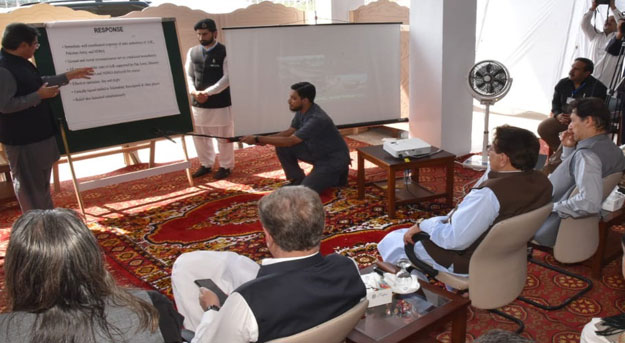 The meeting discussed in detail the strategy for rehabilitation of quake victims.

Prime Minister Khan arrives in Azad Kashmir to meet those affected by earthquake earlier this week. “I got to know about the earthquake at UNGA & wanted to visit you immediately but alas my flight from US got a bit delayed”, says PM Khan. pic.twitter.com/I8sWEpSAKo

Prime Minister Imran also visited District Hospital Mirpur where he was given a detailed briefing about the health of those injured in the calamity.

“A package is being prepared for the rehabilitation of earthquake affected people of AJK,” said the premier and assured to take immediate and every possible steps for the quake victims.

“I got to know about the earthquake at UNGA and I wanted to visit you immediately but alas my flight from the US got a bit delayed”, PM Imran added.

More than 35 people had died in the earthquake that rocked Mirpur on September 24. The 5.6-magnitude earthquake – which also shook several cities of Punjab and Khyber-Pakhtunkhwa (K-P) – also injured some 459 people, confirmed Mirpur’s district administration.

The government has already announced Rs500,000 each for the families of earthquake victims.

The epicenter of the 5.6 magnitude earthquake last week was Indo-Pak border in the Jammu & Kashmir region. While Prime Minister Imran Khan upon return from 74th UNGA, immediately visits Azad Kashmir, no reports from situation on the other side of LoC! pic.twitter.com/DuOML5IC3h

Special Assistant on Information and Broadcasting, Firdous Ashiq Awan said the government would provide all possible assistance to the AJK government for early rehabilitation of quake-affected people and compensation of the damages.

In a series of tweets on Monday, she said the government was standing with the people in quake-hit areas.

“Prime Minister Imran Khan is visiting Azad Kashmir today to sympathise with the people affected by the earthquake.”

Govt announces Rs0.5m each for family of quake victims