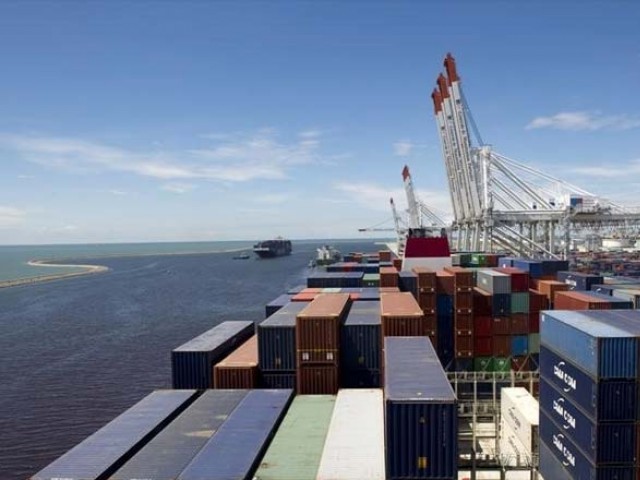 ISLAMABAD: Things have turned scary as official data such as that of debt and fiscal deficit is crying doom.

The mounting deficit triggers a debt trail, causing even deeper trouble. Finance ministry data of federal and provincial spending and borrowing in 2018-19 tells this story.

It reveals that the Federal Board of Revenue (FBR), State Bank of Pakistan and Ministry of Finance act in tandem that will take Pakistan to a place where it will be extremely difficult to steer the country out of the deep mess.

A summary of the Consolidated Federal and Provincial Budgetary Operations for 2018-19 indicates the total national (federal and provincial) spending stood at Rs8 trillion during the fiscal year. Total borrowing in the period came in at Rs2 trillion, which constituted 25% of the total expenditure.

Fears have emerged that the total debt may cross the 30% mark in relation to overall expenditure in 2019-20. This comes in the wake of increasing need for borrowing to bridge the revenue-expenditure gap.

At the same time, the country’s resources shrink both in terms of tax and non-tax revenues, which is piling on more pressure on the national exchequer and pushing the government to borrow more. This is how a state drifts towards default and its repercussions are felt in all spheres of finance and economy. From here, it will be tough to turn around things for better.

Now, take a brief look at how the country came to this point. The country has failed to effectively and efficiently utilise its resources whereas at the same time the debt situation has worsened. Revenue generation could not pick up the pace with a slowdown in the national economy. Foreign exchange earnings have remained almost stagnant with exports staying static amid growing foreign debt repayment obligation.

In the backdrop of these discouraging indicators, the federal spending could not find any support from tax and non-tax revenues. Inflation is growing, the economy is contracting, resources are going scarce and deficit is rising at the same time.

Federal and provincial revenue collectors, the State Bank and commercial banks have failed to help avoid this predicament. The fiscal deficit is bound to go beyond the targeted 7.2% of gross domestic product (GDP) while the rupee-dollar parity has stayed close to 160. GDP growth is feared to slide from the projected 3.3% to 2.8% (according to the latest ADB Outlook) while foreign investment will shrink.

If the cost-push inflation stays out of control, the State Bank’s policy rate may remain at high levels, indicating inflation will not be tamed by encouraging investment, generating employment and boosting incomes and economic activity. It will be brought under control by methods that will discourage investment flow. Similarly, tough conditions attached to external loans will make foreign exchange borrowing even harder. If exports do not increase and imports of raw material and machinery decreases further, it will lead to depletion of foreign exchange reserves along with shutdown of manufacturing units.

This implies the country will have no capacity to repay debt, which along with inflation and economic slowdown forms a cycle that exacerbates the problems while solutions fail to work.

On the other side, reckless non-development spending and high debt levels leave little room for expenditure on the social sector and building business infrastructure.

The IMF too has pointed to the current state of affairs in the country. An IMF team, headed by its Middle East and Central Asia Director Jihad Azour, left Pakistan on September 20 with a statement that says: “The near-term macroeconomic outlook is broadly unchanged from the time of the (loan) programme approval, with growth projected at 2.4% in FY2019-20, inflation expected to decline in the coming months and the current account adjusting more rapidly than anticipated. However, domestic and international risks remain, and structural economic challenges persist. In this context, the authorities need to press ahead with their reform agenda.”

Prime Minister Imran Khan-led Pakistan Tehreek-e-Insaf (PTI) government came to power in August last year with a promise that spending would be reined in and debt levels would be reduced. None of this has happened so far.

The government has thus far shown little interest in taking necessary steps to prevent further slide. It is shy of reducing spending, slashing debt and controlling deficit. It has taken just cosmetic steps that have become a laughing stock.

The government has accepted the IMF recipe without a serious redirection of policies to check the growth in debt, deficit and spending. The critical goal Pakistan needs to focus on is to avoid resource crunch. The government should start by reducing deficit, which will be the first step towards saner statehood.